There are those who oppose the installation of residential sprinklers claiming it should be an individual choice of the home buyer; after all, whom does the fire effect other than the homeowner? On the face of it, I can see that logic; but the same could be said of seatbelts, it only effects those who aren’t wearing them, so why make it law? If you take that excuse to its logical conclusion, why have a residential code at all; after all, it if the building collapses, it only effects the homeowner within.

But I digress; the bottom line is that “no, it doesn’t only effect the homeowner;” as soon as that homeowner dials “911,” it now effects every first responder who comes to help, and their families. According to Fahy and Molis, 32% of firefighter line-of-duty-deaths that occurred 2018 happened in single-family-dwellings. 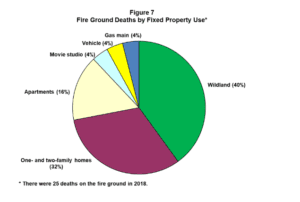 New construction techniques are resulting in faster building collapses. Underwriter’s Laboratories did full-scale testing of current technology in building construction versus “legacy” construction. The difference is surface-to-mass ratio; without getting too technical in this essay, UL has definitively proven that sprinklers, while originally aimed at property protection, then, in the 1970’s, modified to provide for civilian fire protection through residential fire sprinkler technology, are now the number #1 tool for protecting the lives of our firefighters. Fire sprinklers are the ultimate firefighter safety system. They stop flashover and flashover is the proven point where a fire becomes deadly for both the occupants and the firefighters. A choice against them is a vote against firefighter safety; it’s that simple.