Home Fire Claims the Lives of Four Children in Clay, West Virginia: When Will We Learn? When Will We Unite for Fire Sprinklers?

On Saturday, January 12, a  devastating fire in an unsprinklered home in Clay, West Virginia claimed the lives of four children. Four people, including one two-year-old, managed to make it out of the building in time.

Officials confirmed that a six-month-old boy, and three girls ages 3, 4, and 8 all died in the fire. The West Virginia Department of Health and Human Resources (DHHR), Bureau for Children and Families reported that the four children were in foster care.

This tragedy is the latest in a spate of home fires that have claimed the lives of children in the past few months.

On November 28th, an early morning fire in a Logansport, Indiana, house killed six people, including three young children and their 25 year-old mother. The three children were ages 3, 1 and 1 month.

On December 8th, two children, ages 9 and 7 were killed in an apartment fire in Brooklyn, New York.

On December 9th, five children died in a residential fire in Youngstown, Ohio. Two of the children perished inside the home and the other three were taken to a nearby hospital, where they later died. They were 9, 3, 2 and 1-year old twins.

The list goes on, but these unnecessary tragedies must end. Not one of the residences where these children perished were equipped with fire sprinklers. 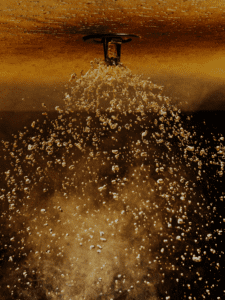 Since 2006, fire sprinkler requirements have been in building codes. The 2006 edition of  NFPA 5000, Building Construction and Safety Code®, included a “first-of-its kind requirement in a U.S. building code for home fire sprinklers in one- and two-family dwellings.” In 2009, the International Residential Building Code of the International Code Council (ICC) also included fire sprinklers in one- and two-family dwellings. Only two states, California, Maryland, and Washington D.C., have adopted these requirements.

The majority of states in this country have failed to adopt the fire sprinkler requirements set forth by the national building codes. We see here the devastating results.

At what point will we say enough is enough? When will we unite in support of codes that support the technology that prevents these tragic outcomes? My hope is that we are nearing the tipping point…the time that we will unite in support of a cause worth believing in….fire sprinklers. 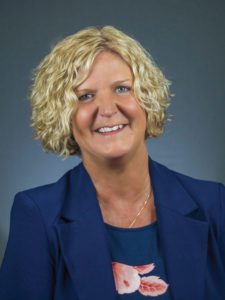 Vickie Pritchett is the Director of Outreach & Government Relations, and has been with NFSA since 2006. Her passion for fire sprinklers spans 20+ years, and her previous work was as Economic & Community Director for Cheatham County, Tennessee. She travels extensively for NFSA in her role and handles our Washington, D.C. legislative activities and works with all national organizations to support the fire sprinkler industry.