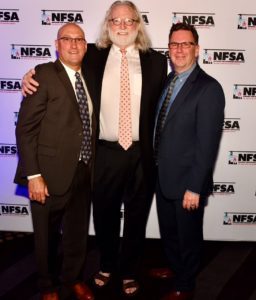 NFSA is proud to present the 33rd Golden Sprinkler Award to Buck Buchanan. This award, which is the N NFSA’s highest honor, is presented each year to an individual who has dedicated his or her career to advancing the fire sprinkler industry. Buck’s career in fire sprinklers began in 1966 with Automatic Sprinkler of America. In 1975, Buck, along with George and Steve Meyer, opened Central Sprinkler Supply in Atlanta, Georgia, ultimately expanding to 14 locations, merging with Central Sprinkler and going public in 1984. Buck’s journey with the NFSA goes back to 1975 in Atlanta, Georgia, where, along with Jack Hayden, NFSA’s Southeastern Regional Director, and HOF member, they initiated what was to be informally one of the NFSA’s first state chapters. Buck has represented Central Sprinkler on NFSA’s Board, and Globe Fire Sprinkler, the last eight years. He has served on numerous councils and committees including Manufacturers, SAM, Audit, Awards, Residential, Membership, Nominating, Quality Assurance, and Seminar. He is currently an active member of the AFSA, NFPA IFSA and FM Global’s Advisory Committee. Buck is only the third person to receive both the NFSA’s Golden Sprinkler Award and the AFSA’s Parmalee Award (2001) along with Bill Meyer and Frank Fee III. Born in Youngstown, Ohio, and residing in Devon, Pennsylvania, Buck and his wife Carmie are the very proud parents of seven children. 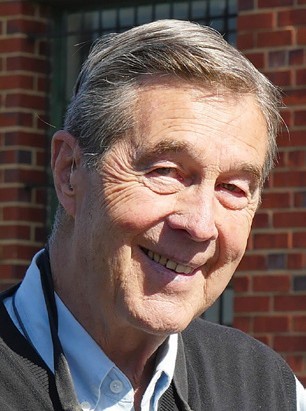 NFSA is proud to present the 32nd Golden Sprinkler Award to John (Jay) C. Livingston. This award, which is the NFSA’s highest honor, is presented each year to an individual who has dedicated his or her career to advancing the fire sprinkler industry. Jay is one of NFSA’s most active members. He served on numerous NFSA Technical Committees throughout the years, including Standpipes, Piers & Wharves, Residential Sprinklers and more. He was Regional Committee Chair from 1978 through 1986, Chair of the E & S Committee from 1987 to 1993, and a member of the NFSA Board of Directors from 1998 to 2000. As a result of his involvement, Jay is the recipient of NFSA’s Russell P . Fleming Technical Service Award and now the NFSA’s highest honor, the Golden Sprinkler Award. A Maryland native, Jay is the proud father of four children, the grandfather of 12 and a great-grandfather to two! He served in the United State Marine Corps until he was honorably discharged in 1957, and was a member of the President’s Honor Guard for President Dwight Eisenhower. We honor Jay and his years of service to the National Fire Sprinkler Association .