This plaque commemorated 65 years of contractor membership with the NFSA, making Spaeder one of the NFSA’s oldest members. 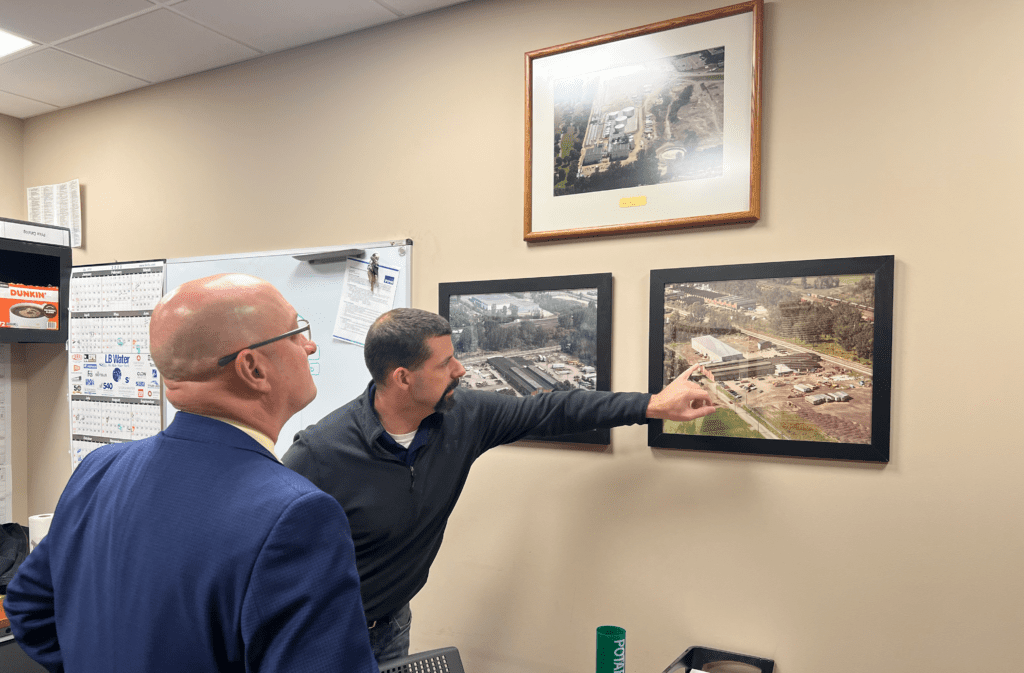 Since 1914, the company has grown from its humble beginnings into a well-known name in the region. Spaeder covers all Western Pennsylvania, including Erie and Pittsburgh, as well as Eastern Ohio and the Buffalo, New York area. The company caters to several industries, from HVAC, to plumbing, and fire protection.

Partners in Progress for 65 Years

Jay Spaeder, Shane Ray, and Rob Senger, respectively, discuss the impact NFSA has had on the industry.

As Jay gave the team a tour through the company’s offices, he and President Ray discussed the state of the industry in Spaeder’s region, as well as nationally. Jay was excited to hear about NFSA’s model for high-rise retrofit legislation as well as the Association’s several councils and committees.

Rob Senger, Fire Protection Service Manager for Spaeder, was also present and shared that NFSA classes as well as the Expert of the Day have been great member benefits for him and his team.

The National Fire Sprinkler Association is honored to have served alongside The Wm. T. Spaeder Company for 65 years of the company’s 108-year history. Throughout the decades, the National Fire Sprinkler Association has championed for contractors like the Wm. T. Spaeder Company by advocating for legislation that increases the fire protection market. The NFSA staff also sit on several NFPA technical committees that protect and advance the industry.

For more information on Wm. T. Spaeder, visit their website. To learn more about the NFSA and its mission to protect lives and property, visit their membership page today.