How to Become a Fire Sprinkler Fitter | Career Paths

Anyone who browses social media or watches the news is probably aware of the need for talent in trades. Now more than ever there is a need for skilled workers in several disciplines, from plumbing and electric, to HVAC and everything in between. The NFSA offers insight on how to become a fire sprinkler fitter.

With construction booming across the nation and many workers soon retiring, there is a high demand for qualified sprinkler fitters, but what exactly does this job entail?

The type of work can vary by the project. Some sprinkler fitters work with CPVC piping while others handle larger steel piping for commercial projects. Sprinkler fitters must know how to work with a variety of tools, including pipe cutters, threading/grooving machines, drills, saws, and wrenches, and must also be available to work both indoors and outdoors and must be comfortable handling heights.

Sprinkler fitters must also have effective communication skills when it comes to working with different trades, the ability to lift heavy pipe and other materials, and the comprehension skills needed to read design plans.

It’s not just installation, however. Sprinkler fitters also handle inspection, testing, and maintenance work for fire sprinkler systems. This can involve conducting flow tests, removing pipe, or even replacing sprinklers after an activation.

How to Become a Sprinkler Fitter 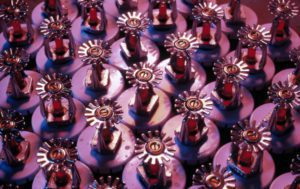 There are several avenues into an exciting career as a fire sprinkler fitter. One place to start would be to reach out to an NFSA contractor in your area. Many contractors are looking to hire, and they can point you in the right direction. Whether it’s to a Local Union Hall or a company training program, several options exist for those looking to become fire sprinkler fitters. 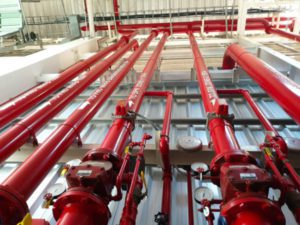 While installing fire sprinklers is a rewarding career alone, sprinkler fitters also have plenty of room for growth in a several directions. After a few years on the job, a sprinkler fitter can work as a foreman, layout technician (designer),  project manager or can work in sales or estimating, to give just a few options. Some sprinkler fitters even choose to open their own companies!

The National Fire Sprinkler Association has contractor members across the country looking to hire talented individuals who share their passion of protecting lives and property. For more information on the fire protection industry, contact the NFSA today!