5 Tips to Keep Your Dorm Fire Safe this Semester

With summer coming to a close, many freshmen are gearing up for their first year at college. There’s no doubt a lot on a student’s mind: exams, papers, and athletics, so much in fact that between fighting off deadlines and the freshman fifteen, students may give little thought to safety— especially fire safety.

Fires in student housing both on and off campus are a serious threat. A tragic fire at Seton Hall in New Jersey in 2000 led to many safety requirements in student housing, but some colleges lag behind when it comes to fire safety.  In fact, across the country, there is an average of more than 10 fires a day in dorms, Greek housing and other related student housing.

There’s a lot you can do to keep you and those in your building safe from fire. The National Fire Sprinkler Association is offering five tips to keep you safe this semester! 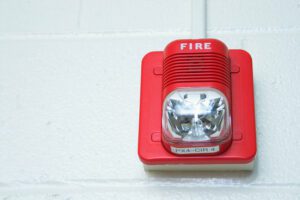 For many freshmen, college is the first time living in high density housing. With so many close neighbors, one’s actions can affect everyone in the building, and there is usually an adjustment period for everyone— especially when it comes to the fire alarm.

You can expect fire alarms to go off somewhat regularly. After the second or third time evacuating the building due to someone not knowing how to microwave food or use an oven, there’s a strong  temptation to stay in bed and sleep through the alarm.

Beyond the risk of potentially getting written up or even fined for ignoring an alarm, there is a chance that you can actually become stranded in the event of an emergency.

We know, we know, the odds of this happening are slim, especially considering how often the fire alarm goes off without there being a significant emergency, but ask yourself this:

“Do I really want to put my safety in the hands of those who can’t properly microwave ramen noodles?”

Tip #2: Clear up the Clutter to Maximize Campus Fire Safety 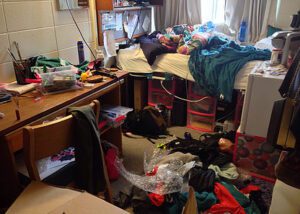 Keeping living quarters free from clutter is a good way to ensure you are able to get out in the event of a fire. Not only that, but you minimize the risk of tripping over something in the dark. Making sure you have a clear exit path out is a great way to keep you safe no matter what the emergency.

Clearing up the clutter on your floor is important when it comes to campus fire safety, but what about the clutter in electrical outlets? Overloaded electrical outlets are one of the most common causes of fires. Use a surge protector and keep appliance use to a minimum. Be sure not to run extension cords under any floor rugs! 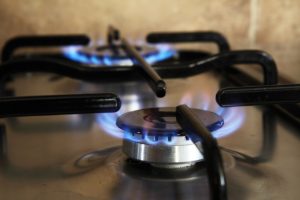 The National Fire Protection Association (NFPA) reports that cooking equipment was involved in nearly nine out of ten reported fires in dormitory- type properties (87%). We mentioned the questionable culinary skills of others in your building in Tip #1, but what if it’s your cooking skills that need an upgrade? Below are a few quick tips for cooking to keep campus fire safety in mind:

Campus rules against candles or hot plates exist for a good reason. You may be tempted to light a candle to combat your roommate’s smell, or perhaps your Eastern Religions class inspired you to light some incense, but trust us, you’re better off ditching the flames. Getting written up is the least of your concerns when you wake up to the drapes on fire.

Odds are your building is equipped with fire sprinklers. If that’s the case, congratulations! That doesn’t mean you still shouldn’t follow the above four tips, but it does mean you’re safe from those who don’t.

Below are just a few quick bullet points on how your dorm’s fire sprinkler system works.

Other than not getting heat too close to sprinklers and not doing pullups on the pipe, there isn’t much else you need to do to ensure they’re working. If a head looks damage or is missing, report it to a Resident Assistant or your building supervisor.

With fire sprinklers in your dorm, you can rest assured knowing that you’re protected from the threat of fire.

For more information on our mission, or to join the NFSA, contact us online today.