South-Tek Systems offers its products to a number of industries, ranging from pharmaceuticals to the military, but its services to fire protection are just as critical to life safety. 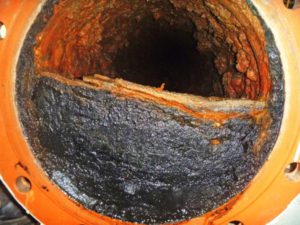 Those in the fire protection industry are no doubt familiar with the issue corrosion poses in fire sprinkler systems, especially in dry and preaction systems. If a certain level of moisture gets into the pipes, corrosion can form and result in costly repairs, or—even worse— seriously affect the system’s performance in an emergency.

Oxygen can promote corrosion by introducing moisture into a system. To combat this issue, South-Tek Systems developed a nitrogen generator that pumps oxygen out of dry system pipes and replaces it with nitrogen.

South-Tek’s line of generators are compatible with a number of sprinkler systems. While South-Tek System’s generators inhibit corrosion in new systems, they also halt its progress in systems where it is already present, making them an excellent solution for new and existing systems.

Corrosion is not just an issue for dry systems, however, and is a concern in wet systems as well. South-Tek luckily manufactures a DeOx line that functions similarly to its dry system nitrogen generators.

Brian shared that with the cost of sectional repairs for fire sprinkler systems going up every year, investing in a nitrogen generator is crucial.

South-Tek Systems is a proud supplier and manufacturer (SAM) member of the NFSA. The company has been a member since 2011 and has attended NFSA’s seminars and chapter meetings. Brian and his team also look forward to using their NFSA membership more to keep in touch with potential customers.

It does not end with fire protection for South-Tek Systems; Brian and his team are doing great work applying nitrogen generators to a number of industries. For more information on South-Tek systems, visit their website.