We often allowed affordable housing to become invisible in the United States, until tragedy strikes and then the finger pointing game begins. How could this happen? when was maintenance last conducted? and how often was it inspected? We see this in news articles every day in the U.S. but often lack a true commitment to act when it comes to residential fire sprinklers, even after tragedies. 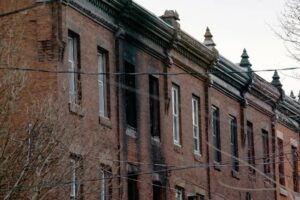 On January 5th, 2022, a fire tore through a converted public housing row house, un-equipped with automatic residential fire sprinklers, claiming the lives of twenty of the twenty-six occupants, nine of them being children. The building lacked basic life safety requirements, fire extinguishers, adequate emergency egress for the occupants, nor was it equipped with tamper proof smoke detection. The biggest tragedy of all was the lack of a requirement for the retrofitting of automatic residential fire sprinklers during the original renovation to this public housing. 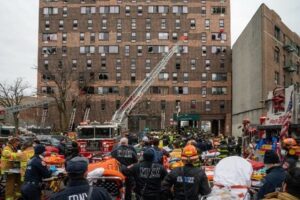 Just four days later, we once again suffered a horrific tragic fire in an affordable housing high-rise in the Twin Parks Bronx Apartment building built in 1972, in New York City. This is the third-worst residential fire in the United States in the last four decades. This tragedy would claim the lives of nineteen people, including nine children, injuring forty-four, of which thirteen where under the age of eighteen, in a structure classified as a fireproof building. This is a defined term used by the NYC building code to describe a building constructed of non-combustible materials. We must challenge the use of the term fireproof building in structures lacking all the basic life safety requirements developed over the last fifty years. The modern-day combustible furnishings found in today’s residential homes create significant fire hazards and challenges that make this concept antiquated. We simply cannot prevent fatalities in these homes by simply looking to contain the fires with passive fire protection systems. We have known and documented for decades that active fire protection systems, like automatic fire sprinklers and early notification or fire alarm systems are the clear path to survivability in residential occupancy fires.

The recent article by Deborah Weiner, News Anchor, I-Team Reporter for WBALTV 11 discussed concerns about life safety in elevators in the 15-story Lakeview Towers in Baltimore, Maryland.  Lakeview towers are subsidized by the U.S. Department of Housing and Urban Development (HUD) to provide housing for low-income residents. The article describes multiple issues regarding life safety in the building and centers on the lack of elevator service for wheelchair bound individuals. None of the life safety issues described in the article are new and the fact that they are still unresolved months into to the I-Teams investigative report demonstrates the same lack of urgency for upgrades or repairs seen for years in public housing.

Many of the buildings that have suffered major tragedies have problematic histories with life safety, often overlooked by the virtue of the economic class or local jurisdictional funding for inspection or enforcement. We should not be repeating these tragic events and certainly not in the same buildings year after year. If we are to only plan for a reactionary response to incidents like these, we will ultimately pay a very high price for not having requirements for basic life safety capable of making affordable housing .

The bright side is we are now seeing some action taken to provide adequate life safety features in affordable housing. 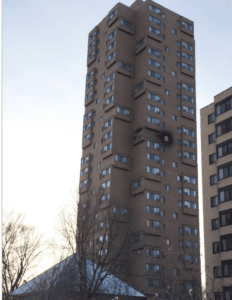 In 2019, the day before Thanksgiving, five lives were lost, 3 civilians were injured along with a firefighter, in a tragic fire at the Cedar High Apartments in Minneapolis, Minnesota. Once again, the lack of residential automatic fire sprinkler in the building was reported to have contributed to the loss of life. This public housing high-rise, housing seniors and people with disabilities, had also suffered with a long history of substandard life safety features, dating back to its construction in 1970. The after-action report of the fire issue by the Minnesota State Fire Marshal Office reported “It is the SFMD’s position that all high-rise buildings should be protected with fire sprinkler systems. Had this building been protected with fire sprinklers, it is the opinion of the SFMD that no loss of life would have occurred”.

While we struggle to understand how these 50-year-old buildings can continue to provide unsafe housing for our most venerable populations, we have seen glimmers of hope for the demand for safe housing. Senators Amy Klobuchar and Tina Smith have passed legislation to provide $2 million dollars for the retrofit of automatic residential fire sprinklers in public housing in Minnesota. They continue to advocate for federal initiatives for $25 million dollars in funding for the retrofit of high-rise buildings nationally with the Public Housing Fire Safety Act.

While we once again wait for the “call to action” after these most recent tragic events and the push to make affordable housing safe housing. We will continue to hear that it comes down to money but one look at the potential $3 billion in civil class-action lawsuits filed days after the Bronx apartment fire, along with the additional $1 billion requested for each of the nineteen lives lost in that tragedy. We should understand that the cost, in lives and money, of not providing safe affordable housing, far exceeds the cost of providing basic safety to our most vulnerable population and that start with retrofit of automatic fire sprinkler systems.