Three Generations and a Motorcycle 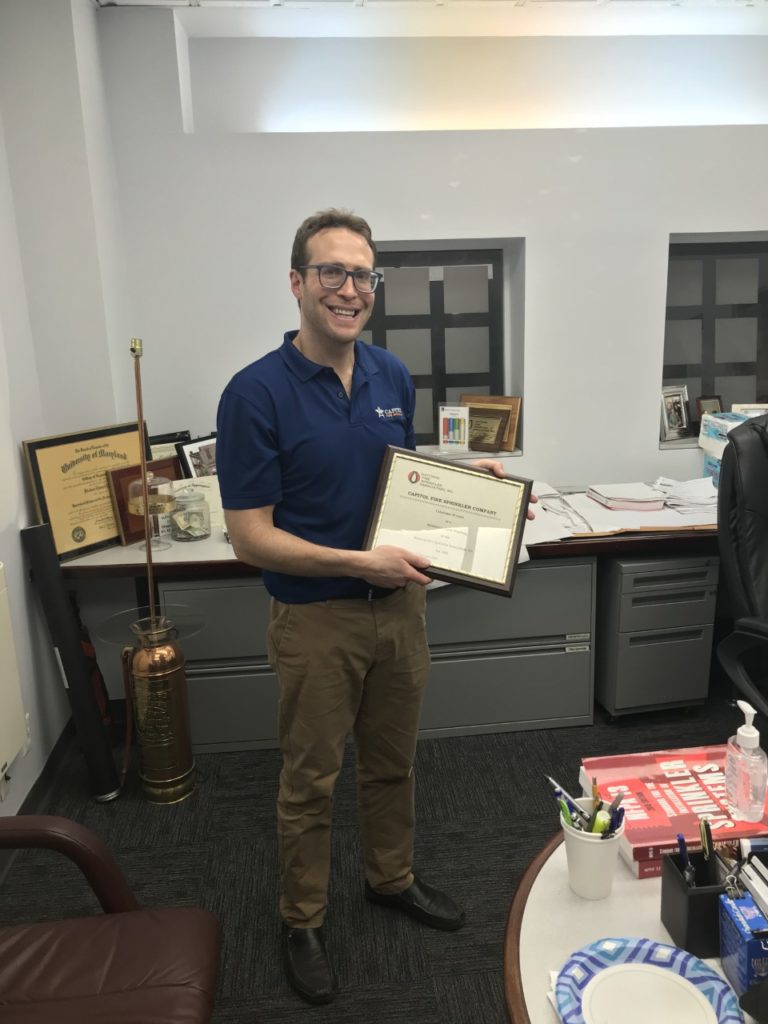 History: Shortly after the end of World War II, Sidney Levine (Adam’s grandfather and the founder of Capitol Fire Sprinkler) returned from the front lines overseas to work as a mechanic at a fire sprinkler company in New York City. After learning each aspect of the trade, he decided to forge his own path, and started Capitol Fire Sprinkler in 1952. The company had a modest beginning, working out of a small warehouse in Brooklyn. Sidney would estimate, sell, design, and install (with his own hands) all his own fire sprinkler projects. He worked with his wife Bertha, who acted as bookkeeper and office manager. With his dedication to excellence, the company grew over time. Eventually, he was doing dozens of projects each year (mostly warehouses). Besides being remembered for his work ethic, Sidney was known for riding his motorcycle to job sites, and famously would bring it up with him in the freight elevator!

In 2009, Adam and his sister Jamie joined the Company. Both Adam and Jamie graduated from the University of Maryland, and like Richard, Adam also has a Fire Protection Engineering degree. Torie (Adam’s sister) also worked with the Company before following her calling to pursue a law career. Today, Capitol Fire Sprinkler has a first-rate group of in-house Engineers, Project Managers, Salespeople, Estimators, Purchasers, and Building Department Expediters. Capitol’s customer rolodex is thick, having done thousands of installation projects, including City Point Mall in Brooklyn, The Vandewater in Manhattan, and the Moxy Hotel in Manhattan.

Capitol Fire Sprinkler has been a long-standing NFSA member (since at least 1973). Adam really enjoys the NFSA’s Expert of the Day service (luckily for him, it’s not chargeable per question). Adam is a Principal on the Technical Committee for NFPA-14 and loves picking the brain of the NFSA’s Terin Hopkins.