Home / Member Monday: United Fire Systems is on the Cutting-Edge of Innovation

Member Monday: United Fire Systems is on the Cutting-Edge of Innovation 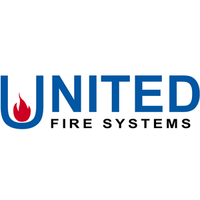 NFSA staff sat down with Kathryn Thomas, marketing administrator, and United Fire Systems (division of United Fire Protection) President Frank Savino to discuss the company’s history, products and services, and relationship with the NFSA as a fire sprinkler supplier member.

Pulling on his experience in the fire industry since the 1970s, Frank Savino and his partner Joe Savino founded United Fire Protection Corporation in 1988. They originally built the business around Halon 1301 systems; however—a year after they established the company—international law banned Halon 1301. Frank would have to improvise. The company realized that it would need to adapt to survive.

Despite the setback with Halon, Frank quickly pivoted to focus on clean agent systems, preaction sprinkler systems, and fire alarms. His company would become the first Notifier distributor in New Jersey. The company’s reputation grew quickly and would eventually go on to become a dominant force in the fire alarm and special agent market in the New York metro area. A number of high profile projects included several landmarks including New York Penn Station, the Statue of Liberty, and the World Trade Center Transportation Hub. The company also installed the first water mist system in New York City as well as the fire detection system in Independence Hall in Philadelphia.

Pushing the Envelope on Innovation

Frank explained that installation and maintenance is only a portion of the vision at United Fire. “What we really sell,” Frank explained, “is technical expertise.” This entrepreneurial spirit would lead Frank into the manufacturing arena with United Fire Systems in the early 2000s. The company’s first product was a preaction cabinet. This preaction cabinet, called PREACTION-PAC, an FM Approved assembly that includes a preaction valve, compressor or built-in nitrogen generator, and control panel that provides one complete zone of preaction water sprinkler fire protection. Several other products would spawn from PREACTION-PAC, including NITROGEN-PAC, and STANDPIPE-PAC. United Fire Systems also manufactures a corrosion monitor assembly, an air vent for wet systems, a pressure maintenance device, and a riser-mount air compressor, to name just a few.

“We view creating innovative products that solve real world problems as fun and exciting,” Frank explained. “We have a passion for that.”

The team at United is constantly finding new ways to innovate. The biggest success with United’s line of cabinets is its cost-effectiveness and high technology features and benefits, such as addressable technology. United’s integration of addressable control panels into PREACTION-PAC saves on installation costs and provides significant enhanced end user features and benefits.

United may be a recent member with NFSA but they are already getting the most out of their membership as a fire sprinkler supplier. Frank spoke highly of NFSA’s events, especially the breakout sessions at NFSA’s expo as they are a great opportunity to learn and network.

To learn more about United, visit their site at https://unitedfiresystems.com/.