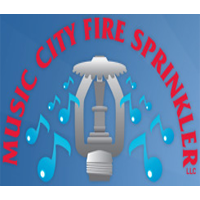 NFSA staff sat down with Ken Brinkley, Vice President of Sales at Music City Fire Sprinkler, to discuss the company’s history, notable projects, and place within the NFSA.

Ken introduced Music City by starting with the humble beginnings of this Nashville fire sprinkler contractor; founded in 1999, the company started with just four employees: a salesperson, a CPA, a designer, and an installer.

Making a Name as a Nashville Fire Sprinkler Contractor 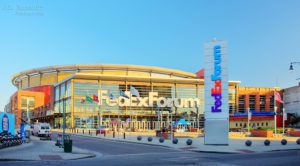 Twenty-two years later and the business has grown from four employees to over 50. Music City’s services have grown as well; the company has handled residential high-rise projects, complex industrial projects, and everything in between.

Among these projects, some of the more notable have included the FedexForum, home of the Memphis Grizzlies, the Frist Art Museum in Nashville, several hospitals, and the Virgin Hotel in Nashville, which is one of only six in the world.

One project that kept them on the road was installing fire sprinklers in 30 different Cheddars Restaurants across the country. Ken explained that Music City’s exemplary work on one project made them the go-to contractor for Cheddar’s other restaurants.

Ken shared that he gets a lot of great information from NFSA’s chapter meetings and likes the “check your guns at the door” mentality that leads to constructive dialogue amongst competitors.

To learn more about Music City Sprinkler visit their site at http://www.mcfs.us/