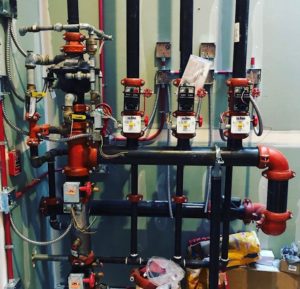 Michael Wilson and Tim Butler of NFSA sat down with Rick Young, president of Elite Fire Sprinkler Systems. This Hawkeye State-based shop installs and services fire sprinklers in Iowa and Illinois and has designs to expand into Wisconsin and beyond! Elite is based out of Hiawatha, Iowa, a suburb of Cedar Rapids.

Forging a Reputation as a Premier Iowa Fire Sprinkler Shop 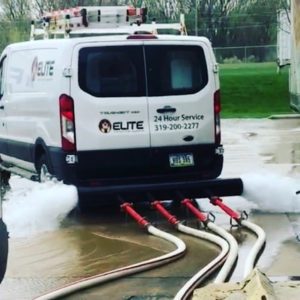 Richard explained that Elite is fairly new, having only been established in 2018, but the company has expanded significantly since then. Elite is a full-service shop and handles estimating, design, installation, and servicing fire sprinklers in Iowa and beyond. Richard explained that the company grew so quickly because it takes a “won’t say no” approach to jobs. As such, the shop has handled jobs in a wide variety of settings, from residential to commercial.

This “won’t say no” approach has paid off for Elite and has led to the shop handling some sizeable projects. Elite has installed fire sprinklers in Collins Aerospace in Iowa, a company that focuses on computer guidance for planes. Elite installed sprinklers in the company’s main headquarters, security rooms, and labs. 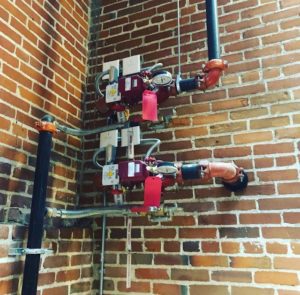 Elite Fire Sprinkler Systems realizes the life-safety value of the work it does installing fire sprinklers in Iowa and beyond, which is why the company has donated labor and sprinkler heads for charitable projects in the area, including the Willis Dady Homeless Shelter as well as other projects with the non-profit.

The hard work of Elite Fire Sprinkler Systems has been paying off; in the company’s brief three years in operation, it has handled 122 contracts! In its time, Elite has been a proud NFSA member. Of the many benefits that come with an NFSA membership, Rick explained that the most valuable to his company were NFSA’s magazine and online publications as well as NFSA learning and development.