Home / FROM THE PHOENIX FILE SERIES – SIX MONTHS AFTER THE FIRES

FROM THE PHOENIX FILE SERIES – SIX MONTHS AFTER THE FIRES 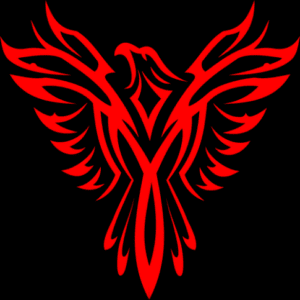 On May 25th, 2020, George Floyd died while in custody of the Minneapolis Police Department. His death sparked community outrage nationally and civil unrest broke out in Minneapolis, Saint Paul, and other cities across the nation. Rioting and arson continued for 5 days. On June 2nd, the Saint Paul Pioneer Press reported that 87 arson fires had been started in the Minneapolis/Saint Paul metro area due to the rioting.
Having such a large number of fires occurring in one geographic area simultaneously is extremely rare. The situation provided a unique opportunity to compare sprinkler-protected buildings to non-sprinklered buildings to see how each fared in that unpredictable and chaotic week. Minnesota-based NFSA staff undertook that comparison for buildings in Saint Paul with the hope of fully analyzing the true economic impact of fire sprinklers. Although that study is not yet complete, the findings so far – six months after the fires – provides an enlightening summary and gross assessment of the value of having sprinkler-protected buildings.
The Saint Paul Fire Department responded to 52 separate reports of arson-related structure fires or sprinkler activations between May 26th and June 1st, 2020. The fires involved 32 separate buildings/businesses. Business owner/property managers confirmed that there were only exterior fires at two of those incidents, and in two others, bystanders and employees extinguished small trash fires too small to activate sprinklers. The remaining 28 interior structure fires are summarized below, along with the building’s status six months after the fires:

The table shows that 14 occupancies were protected by automatic fire sprinklers; 14 were not equipped with sprinklers. Of the 14 sprinkler-protected occupancies experiencing an interior fire, all of them were saved and the buildings are still standing. Of those saved occupancies, eight have reopened for business. The remaining six are undergoing renovation and are anticipated to reopen in the coming months.
Of the 14 unprotected buildings, none of them have reopened for business six months after the fire incidents occurred. 10 were completely destroyed by fire. Four buildings were heavily damaged but are still standing and remain closed; two of the four are undergoing complete interior restorations. Of the 10 buildings that were destroyed by fire, three of those buildings are being completely rebuilt; the future of the remaining seven buildings is unknown and very much uncertain at this point.

There is no doubt that fire sprinklers made all the difference for these businesses! It will be interesting to follow the recovery efforts of these buildings and businesses over time and to see how many owners choose to sprinkler their restored buildings. It will also be interesting to complete the economic analysis on this large sample of arson-related structure fires and report back on our findings. That final report is a major 2021 goal for Minnesota-based NFSA staff members.