Sprinkler Saves: Proof That Fire Sprinklers Save People and Property

Do sprinklers save lives? You bet they do. Compelling stories show their impact.

Ask any fire protection professional, and they’ll tell you without hesitation that sprinklers save countless lives. But deadly fires are the events that usually make the news. So, how do you convince the average homeowner, builder, or legislator of the benefits of fire sprinklers?

A person undergoing a home renovation may ask, “Do I really need a sprinkler system in my house?” Or a member of your state senate may wonder if adopting model codes that call for fire sprinklers are worth it while contemplating proposed legislation.

Providing facts and statistics is an excellent start. But compelling stories that demonstrate how sprinklers save lives and preserve property drives the point home on an entirely different level.

Read some of our favorite “Sprinkler Saves” below—and learn how you can share a story of your own.

In 2017, a fire broke out in a residential building in Iowa, resulting in a fatality. Following that tragedy, the building’s owners chose to install fire sprinklers, although Des Moines building codes did not require the retrofit at the time.

The investment paid off only two years later after a fire started in the building’s first-floor laundry room. According to WHO TV Channel 13 News, “A single fire sprinkler contained the fire until fire crews arrived on the scene.” In sharp contrast to the previous fire, there were no fatalities or major injuries. 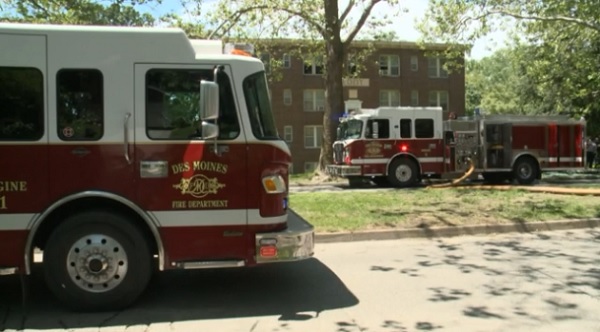 A father questioned the need for fire sprinklers. He’s now extremely grateful that a single sprinkler saved his child’s life

This past December, Phoenix fire crews responded to reports of a fire at a local apartment complex.  Upon arrival, they found that a lone sprinkler in a child’s bedroom had activated, extinguishing a fire caused by a space heater located near the bed.

The child, who had been asleep in bed when the fire began, would likely have died without the sprinkler’s quick activation. The youngster’s father expressed profound feelings of relief and gratitude for the fire protection system: “I often questioned why those ugly things needed to be there. Now, those are the most beautiful things I have ever seen.” 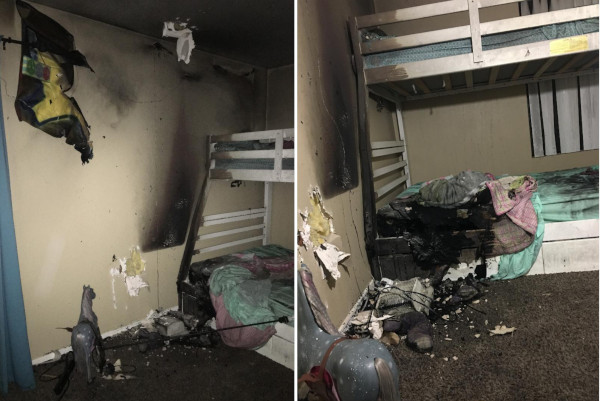 In 2008, David Ennis, the St. Cloud, Florida fire marshal, convinced a local family to install a residential sprinkler system. He was concerned for their safety in the event of a fire, as several of the family’s adopted children are bedridden, on ventilators, and unable to evacuate on their own in an emergency. NFSA member Wayne Automatic Fire Sprinklers, Inc. donated the parts and installation for the project.

This past February, a fire broke out in the home. When crews arrived, they found heavy fire at the rear of the house with flames quickly spreading through the attic. When they reached the second floor, teams observed that although there was a raging fire a few feet above their heads in the attic, the fire sprinklers that had activated were keeping the temperature in the room down.

While the fire severely damaged the home’s exterior and scorched some of the interior, sprinklers kept the flames from invading living spaces and bedrooms.

The current fire marshal, Richard Tonks, credited the first-floor sprinklers with stopping the fire from entering through the downstairs windows. “Had the sprinklers not been in place, the fire would have spread through the house rapidly, killing all of the bedridden children and two nurses on the second floor,” said Tonks.

“The sprinklers on the second floor most likely activated due to the heat from the attic,” he continued. “These sprinklers protected the means of egress. I strongly believe that this fire had several opportunities to enter the structure, killing everyone inside. The sprinkler system kept the fire outside, allowing our firefighters to get everyone out.”

A sprinkler retrofit minimizes damage at a St. Paul high-rise

The very morning after the final sprinkler inspection was completed, a kitchen fire broke out in the last building to be retrofitted. A single sprinkler extinguished the blaze. Property damage amounted to only $500—and no lives were lost.

This story and the picture that accompanies it are an excellent example of the benefits of sprinkler systems. 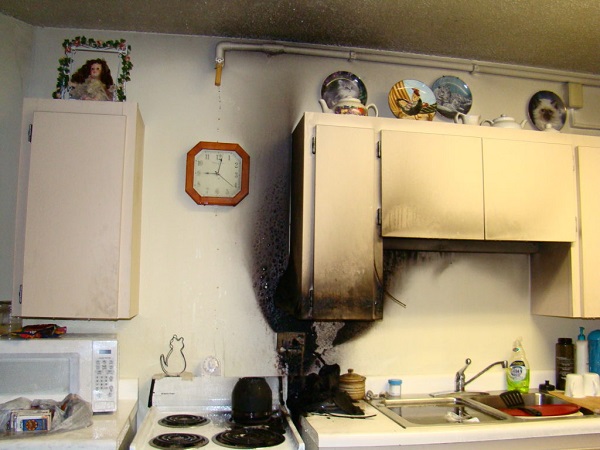 In July, the Elk Grove, Illinois Village Fire Department responded to a fire alarm at a landscape and snow removal company building. No smoke or fire were visible from the structure’s exterior but, on entry, fire crews found moderate amounts of smoke. They then followed the sound of an activated sprinkler to the fire.

Three sprinklers had activated, and the flames were already nearly under control. Firefighters were able to extinguish the remaining hot spots with a simple pressurized water extinguisher, which creates significantly less water damage than using a fire hose.

The village had required the installation of the sprinkler system when the building changed hands in 2003. According to Elk Grove Fire Marshal Jason Staidl, the structure and all its contents would have been a total loss without the presence of sprinklers. Instead, damages were held to a minimum, and the company suffered no disruption to its main business operations.

National Fire Protection Association (NFPA) research shows that sprinklers reduce the rate of civilian fire deaths by 87% and injuries by 27%, and they can lower “the risk of property loss by 70%.”

Unfortunately, certain higher-risk occupancies—such as existing residential and commercial high-rises in many areas of the country—have been grandfathered out of fire sprinkler requirements. And although the vast majority of fire deaths occur in people’s homes, sprinkler systems are present in only 7% of home fires.

Construction industry lobbying and a lack of public awareness of the benefits of fire sprinklers contribute to this issue. While NFPA 5000: Building Construction and Safety Code® and the International Residential Code (IRC) have required fire sprinklers in new single-family homes and duplexes since 2006 and 2009, respectively, only California, Maryland, and Washington D.C. have adopted this requirement as law. In addition, many state legislatures and regulatory processes actively prohibit statewide and local adoption of the residential fire sprinkler mandates in the model codes.

Retrofit requirements in certain commercial structures, such as high-rises and certain assembly occupancies, have also faced opposition. These efforts often run into resistance from stakeholders who are concerned about the expense of adding fire sprinkler systems.

Collecting and highlighting events that demonstrate the life-saving benefits of these systems puts a human face on the situation. The stories help change hearts, minds, and sometimes even the law. For instance, NFSA used a compilation of Sprinkler Saves to advocate for the A-2 retrofit requirement in the 2018 International Fire Code, which states:

1103.5.1 Where alcoholic beverages are consumed in a Group A-2 occupancy having an occupant load of 300 or more, the fire area containing the Group A-2 occupancy shall be equipped with an automatic sprinkler system in accordance with Section 903.3.1.1.

Model code changes and subsequent legislative actions could help preserve thousands of lives every year in commercial buildings and homes across the country—and prevent billions of dollars in property damage.

Sprinkler Saves stories are powerful. By showing the real-world benefits of fire sprinkler installation—the success stories you rarely hear about in local news—these examples motivate property owners and government officials to make changes that prevent the needless loss of lives and property.

We invite you to join us in this fight. Share your Sprinkler Saves story with NFSA.

SUBMIT A SPRINKLER SAVE STORY