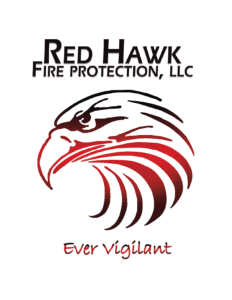 Red Hawk Fire Protection of Puyallup, WA, and the King County Children and Family Justice Center Phase 1A project was recently awarded a National Award of Merit in the Federal, State, County, Municipal category from the Design-Build Institute of America. As a result of this honor, the project will also be nominated for the National Award of Excellence announced in October.

When it comes to a list of challenges for fire sprinkler contractors, the Seattle ground-up design-build project checked all of the boxes: complex design requirements, multiple plan changes, budget issues, Chinese steel tariffs, and a half a decade long timeline, to name a few.

During the initial design of the project, which began in October of 2015, Red Hawk designed the systems and fire pump to supply an additional two stories that could be built in the future. Budget cuts forced the removal of the fire pump in March 2017, which meant adjusting all the hydraulic calculations and a redesign of a majority of the project.

In the detention center, each of nine cell blocks has isolated solenoid valves installed and controlled by the security command center, allowing onsite control of sprinkler discharge in case of mechanical damage from inmates.

When fully completed in 2021, this project will have spanned nearly six of Red Hawks’ ten-year history as a sprinkler company. Design manager Travis Kinne and several patient Local 699 pipefitters will be able to move on to other projects!