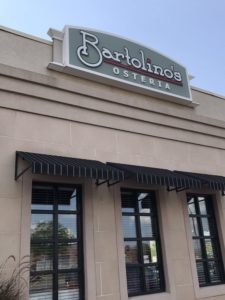 On July 16th, members of the St. Louis Metro Area Chapter met for the first time since January at Bartolino’s in St. Louis. Andy Bill, Chapter Chair, presided over the meeting and explained that a nation-wide conference call for sprinkler contractor members was held on July 15 that provided a much-needed status report about fire sprinkler work across the United States and an outlook on the future of the industry. He noted that both our chapter and IP committee were recognized for our efforts by NFSA President Shane Ray and Board Chair Kent Mezaros.

Deputy Chief Roger Herin, Fire Marshal at Monarch Fire District, did a presentation for the group that provided valuable insight from the fire department perspective that included: (1) an overview of the Metro Fire Marshal’s Association; (2) ITM reporting and the use of various labels on fire protection systems; (3) the need for a statewide fire code that would include enforcement of ITM requirements; and (4) private hydrants and underground mains need to be pointed-out to the owners so that these can be maintained in addition to the sprinkler system.

Legislative committee members discussed our options for the 2021 legislative session. During the last session, a poorly written contractor’s license bill moved through both House and Senate and was active until the last day of the regular session. The bill was opposed by NFSA.

The chapter remains a firm supporter of the Midwest Children’s Burn Camp (MCBC) and, although our charity golf tournament had to be cancelled this year, chapter volunteers are organizing a Sporting Clays fundraiser for the Spring of 2021. MCBC is open to children who have experiences burn injury and smoke inhalation injury. Members also agreed to again support our firefighters and police officers with a donation this fall to the Guns ‘N Hoses event where all proceeds will go to the Backstoppers. The organization provides ongoing needed financial assistance and support to the spouses and dependent children of all police officers and firefighters who have lost their lives in the line of duty, as well as those who suffer a catastrophic injury performing their public duty.