There’s never been a better time to retrofit or upgrade fire sprinkler systems in existing commercial structures, thanks to a significant tax incentive included in the coronavirus stimulus package passed by Congress on March 27th.

The new tax break couldn’t come at a better time, as new laws mandate that many businesses must retrofit their existing buildings with sprinkler systems. Fatal fires like The Station nightclub tragedy of 2003 are prompting communities to adopt codes requiring sprinkler retrofits at high-risk properties like nightclubs and high-rise commercial buildings.

There’s a major motivation for companies to act quickly, which can go a long way toward helping the fire sprinkler industry return to work and mitigate the financial impact of the pandemic. The ability to immediately write off the full cost of installing a sprinkler system in an existing building starts to phase out after 2022.

The Tax Cuts and Jobs Act emerged as the most sweeping tax reform legislation since 1986 when Congress first passed it in December 2017. Included in the reform is a tax incentive fought for by the National Fire Sprinkler Association (NFSA) that’s designed to encourage small businesses to invest in life- and property-saving fire protection systems.

For more than a century, NFSA has served as the voice of the fire sprinkler industry, working closely with lawmakers at federal, state, and local levels to advance the fire sprinkler concept. The TCJA tax savings represented 14 years of lobbying for legislation to incentivize the installation of fire protection systems.

Congressman Jim Langevin of Rhode Island, whose district suffered the tragic Station nightclub fire, and Senator Susan Collins of Maine championed the efforts of NFSA and other advocacy groups that led to the tax break. 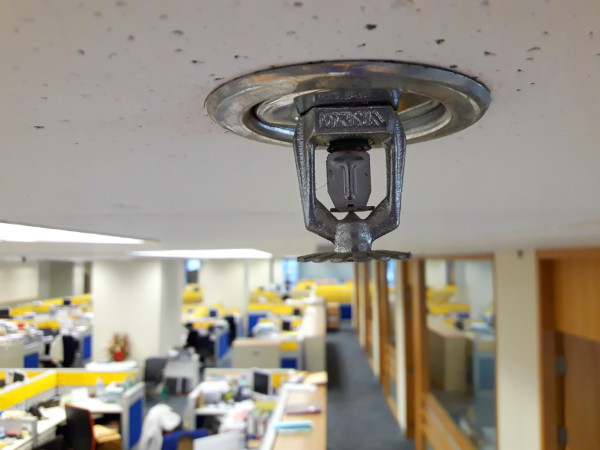 The TCJA allows business owners to write off the full cost of commercial fire sprinkler systems as an expense up to $1.04 million. This benefit enables many small businesses to immediately recover the costs of the upfront investment. Those who borrow money to pay for a project can fully deduct the interest expense of the loan, as well.

Starting in 2019, the TCJA’s original $1 million deduction allowance and $2.5 million spending limit became subject to adjustment for inflation. The current allowance is $1.04 million, and the spending limit is $2.59 million.

Section 179 of the U.S. Internal Revenue Code has long allowed small businesses to deduct the cost of certain property like machinery as an expense at the moment it’s placed in service—instead of writing it off over its useful life.

The Section 179 benefit  is not phased out over time. However, there’s a catch for big businesses: To receive the full TCJA benefit, a company may currently only spend the maximum of $2.59 million on equipment in a year.

After that, the deduction phases out on a dollar-for-dollar basis and eventually reaches zero. Therefore, if a property owner purchases more than a $3.63 million system, it doesn’t qualify for a Section 179 deduction. And, for instance, if you spend $2.69 million on property—$100,000 over the cap—you can only write off $940,000 through Section 179, instead of the full $1.04 million.

Watch this NFSA video to learn more about how the TCJA incentives small business owners to install or upgrade fire sprinklers:

The TCJA allowed businesses to deduct more than the Section 179 limits allow for certain types of equipment. And for the first time, the law consolidated several categories of equipment—including fire sprinklers—under the umbrella of qualified improvement property (QIP). QIP refers to improvements made by a taxpayer to an interior portion of an existing building that is nonresidential real property.

But a drafting error in the final version of the bill left larger businesses—that need more expensive sprinkler systems—unable to receive the benefits of this new classification.

The intent was to have QIP qualify for bonus depreciation, a method of accelerated depreciation that allows companies to immediately deduct a sizable portion of the purchase price of eligible assets.

The TCJA temporarily raised bonus depreciation to 100% for qualifying expenses in Section 168(k). But while lawmakers intended to make QIP like fire sprinklers eligible for bonus depreciation, the drafting error inadvertently left this detail out.

Fortunately, thanks to the continued advocacy of NFSA and other invested organizations, the CARES Act corrects the mistake. The latest stimulus makes QIP an qualifying expenditure for bonus depreciation under Cost Recover Section 13201 of the TCJA. This means that any size business can deduct 100% of the cost of a sprinkler system installation. To be eligible, the equipment must be put into use after Sept. 27, 2017, and before Jan. 1, 2023. 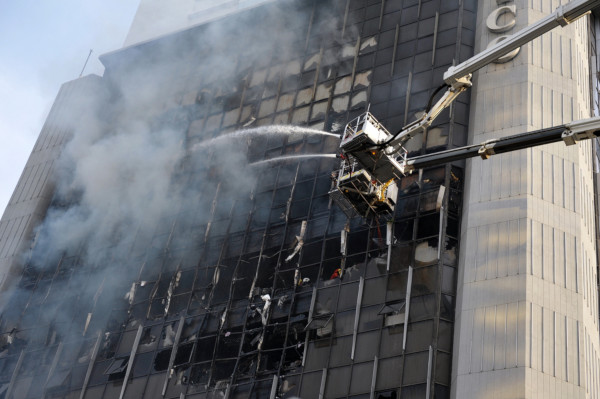 The CARES Act incentives businesses to retrofit sprinklers in commercial high rises, where fires can prove exceptionally hard to fight. The tax break does not apply to residential high-rises, however—an issue that NFSA is now lobbying to address with a new bill.

Bonus depreciation only applies the first year the property is placed in service. And between 2023 and 2026, the bonus depreciation percentage is gradually reduced until the depreciation schedule is permanently set at 15 years in 2027. Previously, the cost of all commercial fire protection systems was depreciated over 39 years.

Once bonus depreciation drops below 100%, the remaining cost of the sprinkler system is spread out over 15 years as regular depreciation under MACRS (Modified Accelerated Cost Recovery System). MACRS is a federal income tax convention that allows for a larger tax deduction in the early years of an asset’s useful life, and less as time goes by.

Here’s how the bonus depreciation phase-out works after 2022:

A professional tax advisor can help businesses determine precisely how the new incentives will impact their bottom line. Also, keep in mind that companies must be profitable to take advantage of the tax deduction.

Organizations should also note that the CARES Act tax incentive for QIP is effective retroactively as of Sept. 27, 2017. That means taxpayers can evaluate whether previous sprinkler installations are now eligible for more favorable tax treatment. Again, a tax advisor can help property owners retroactively claim any missed deductions. 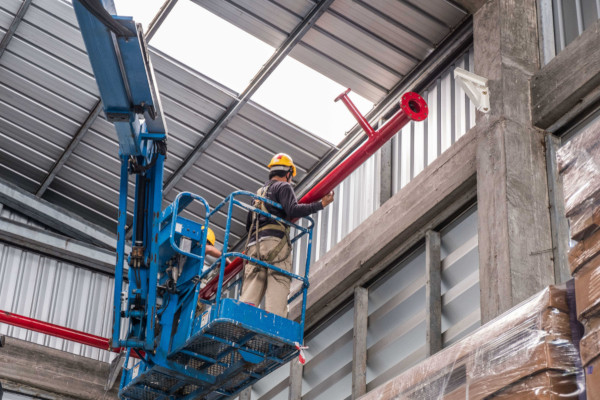 The legislative trend is clearly moving toward requiring fire sprinklers in most structures.

Does my building need an automatic sprinkler system?

Automatic fire sprinklers make buildings vastly safer, regardless of whether they are mandated for a specific occupancy. Research from the National Fire Protection Association (NFPA) shows that sprinklers reduce the death rate by 81% and property damage by about 70% in buildings that suffer fires.

While other fire protection systems are also crucial, none hold the same potential to reduce damage and save lives by controlling or extinguishing a fire in the precious minutes it takes fire departments to arrive. Today’s lightweight, synthetic building materials have blazes burning hotter and faster than ever before. It can take less than two to four minutes for fires in unsprinklered buildings to reach flashover conditions and spiral out of control.

But for some property owners, the cost of installing sprinklers can be prohibitive, prompting the risky decision of going without them. The new tax incentives enable businesses to quickly recover a significant portion of the expense, a boon for companies struggling to afford installations.

Existing buildings are more hit and miss, as grandfathering rules allow some to escape building code requirements for sprinkler systems unless they serve a certain purpose or reach a specific size. But tragic fires have prompted an increasing number of new state and local ordinances that mandate retrofits of sprinklers in a variety of existing structures.

A primary focus of these new laws is retrofitting commercial high-rises, which have experienced a rash of fatal fires. The International Association of Fire Chiefs (IAFC) deems high-rise buildings without sprinklers “an extreme life hazard” to occupants and firefighters due to limited exits; building heights that foster rapid, uncontrolled movement of smoke and flames; longer response times to reach fires on upper floors, and other challenges.

The 2018 editions of NFPA 1: Fire Code and NFPA 101: Life Safety Code require retrofits of high-rise buildings. The 2021 edition of the International Fire Code (IFC) is also expected to move high-rise retrofit requirements into its main regulations instead of the appendix, which government jurisdictions adopt separately.

The legislative trend is clear: we’re moving toward the installation of sprinklers in most structures. And that makes it wise to proactively take advantage of the new tax break before its full benefit disappears. 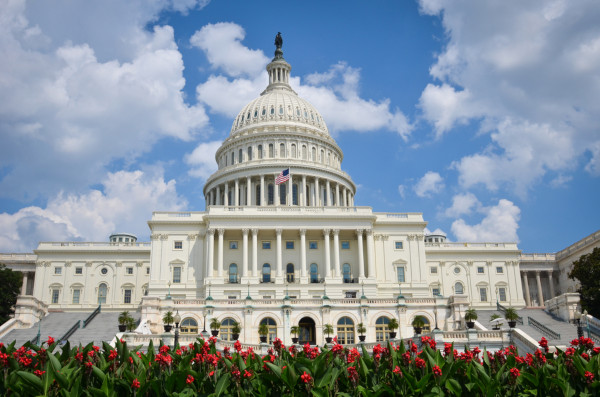 NFSA continues to fight for new laws that incentivize property owners to install sprinklers in other structures, like residential high-rises.

More CARES Act benefits and new legislation on the horizon

While only commercial high-rises (such as office buildings) qualify for the tax incentives in the TCJA and the CARES Act, “residential” structures do not.

NFSA continues the fight to obtain incentives for residential structures as part of a standalone high-rise bill. We ask NFSA members and others to support HR 4685, known as the “High Rise Fire Sprinkler Incentive Act of 2019,” which aims to include all types of high-rises in tax breaks for sprinklers. A companion bill is expected soon in the Senate. Keep an eye out for updates on this proposed legislation at nfsa.org.

Tax incentives that can help generate sprinkler work as the economy recovers couldn’t come at a better time for NFSA members. But the incentives are not the only benefit in the CARES Act for the sprinkler industry. NFSA also provides valuable information about new programs that can help sprinkler businesses weather the crisis, such as loan programs from the Small Business Administration (SBA), the Federal Reserve, and the Treasury Department.

NFSA is committed to helping stakeholders gain greater clarification of IRS interpretations as the new CARES Act tax incentive is put into use. We suggest that our members encourage clients to work with their tax professional to understand the savings afforded in their specific situation.

Are you a property owner that could benefit from a fire sprinkler tax incentive? Contact NFSA today to learn more about this opportunity or find a qualified fire sprinkler contractor. NFSA members can also access exclusive members-only resources, including insights from Expert of the Day. Not an NFSA member? Join today!