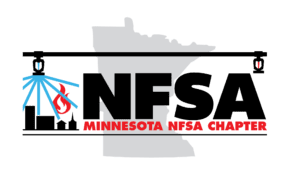 On April 1, the Minnesota Chapter held a historic meeting with senior NFSA leadership using a video conference format. The briefing by NFSA President Shane Ray, Executive Officer Vickie Pritchett, Senior Vice President Fred Barall, and Director of Field Operations Gary West was the first time the Chapter had ever met using a “virtual meeting” format. 33 members of the Chapter joined the call, which lasted just over an hour.

President Shane Ray thanked the participants for being on the call and for being members of the NFSA. He recapped some of the significant work done by NFSA leadership and staff on behalf of the industry, including:

NFSA Executive Officer, Vickie Pritchett, provided an overview of national legislative efforts, making it clear that these initiatives were proceeding forward despite COVID-19. Several significant legislative gains will help the industry recover faster and stronger than ever, and they are the following:

Vickie stated that these legislative efforts were instrumental in further growing partnerships that support fire sprinklers and noted that the perception of fire sprinklers is changing. We are increasingly being seen as an essential life-safety service by organizations that previously did not consider us as such. Vickie stated, “There is hope flowing in this time of crisis.” Those that know Vickie know she is always positive and perpetually projects a bright version of the future!

The NFSA Legal / Labor staff is also working on moving some upcoming labor negotiation dates for Milwaukee, Chicago, and Florida. Local 417 negotiations are not impacted; they are scheduled for 2021.

Key leaders of the Minnesota Department of Public Safety joined the video conference, including Assistant Commissioner Bruce West, State Fire Marshal Jim Smith, and Fire Supervisor Jon Nisja. The State Fire Marshal has declared that persons who install, design, inspect, repair or maintain fire sprinkler or fire alarm systems are deemed a critical component of maintaining the safety of buildings and occupants of those buildings and thus are exempt from the Governor’s “Stay at Home” Executive Directive. Link to the declaration letter here.

Jon Nisja reported that new codes were put into effect on March 31. Here’s a recap of those new codes

The Minnesota Chapter lobbyist, Sherry Munyon, reported that Representative Noor’s High-rise Retrofit Bill – like many other important pieces of draft legislation – is essentially on hold while the state leaders deal almost exclusively with COVID-19 issues. The bill could be taken up in a special session if one is held after the May 18 legislative adjournment, the bill could be reintroduced again in 2021, or it could be included in the Governor’s proposed legislative package for the 2021 session.

Gary West noted that the virtual meeting was a great opportunity to have senior leaders communicate directly with members and noted that a number of these video conferences have been held around the country. The video conference format certainly provides the Chapter with another option for meetings, and a helpful alternative for members who are unable to travel to the bi-monthly Chapter meetings in the future.