Home / The Power of the Schmooze

The Power of the Schmooze

I never saw it before – the social aspect of the retrofit of a high-rise residential building. It is an amazing thing to see. The retrofit of fire sprinklers in residential structures adds immeasurably to the safety of the occupants of the building. That said, it is disruptive and can be fairly messy.

Casa Farnese is an 18-story high-rise affordable senior housing building in the City of Philadelphia. It was built in 1966, long before fire sprinklers were required in such structures. There are 288 studio and one-bedroom apartments. It is a “62 and older community” situated at 13th and Lombard in Center City. 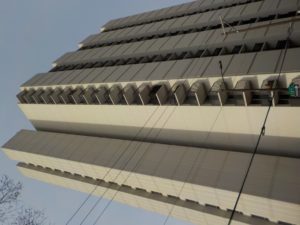 PRD Management runs the facility. They made the extraordinary decision to voluntarily retrofit fire sprinklers throughout the building. It is being completed by NFSA member Oliver Sprinkler and Fire Protection, in King of Prussia, Pennsylvania, over a three-year period. I had the opportunity to visit the site in March of this year. It is the full retrofit of an NFPA 13-compliant fire sprinkler system.

PRD and Oliver fully understood the way to make this as easy as possible on the tenants, was to communicate; they held opening meetings with the tenants explaining the need and the timetable. They then had smaller “town hall” meetings comprised of tenants of individual floors to let those tenants know what at expect. During the process, they even held a holiday luncheon for the tenants to thank them for their cooperation. 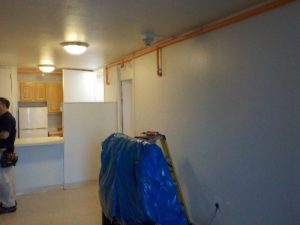 The people Oliver chose to do the installation work became key to keeping the tenants happy. These employees understood that their efforts were stressful on the tenants and that they were entering the homes of those who live there. When I visited the site, one of the tenants was visiting her apartment as the crew was working. I asked what she thought; her affection for the installation crew was obvious. She talked about her dog and some of her past life. The crew listened as they worked. There was a social interaction between this senior citizen and the crew I had never before seen on a sprinkler project More importantly, it was genuine! I began to realize that this social aspect of the installation was key to easing the project through with a minimum of complaints.

I even found that the tenants of the building threw a birthday party for of the installation crew! 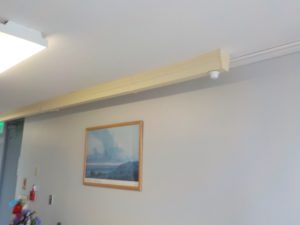 It must be tough, especially for seniors, to have someone come into your home, disrupt your routine, move and cover all your furniture and change the look of your living space. It must be worrisome; why are they doing this; are these people honest; will they treat my possessions with care; how much will I have to clean when I return? Open communication and a caring workforce can assuage these fears. A social relationship between installers and tenants was something I’d never seen before and it was an amazing sight.