New Lobbyist for The Minnesota Chapter 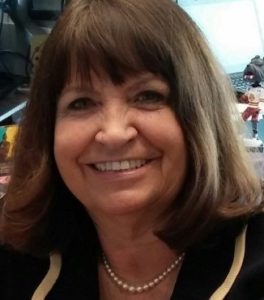 Sherry Munyon has been hired as the new lobbyist for the Minnesota Chapter. Sherry is a legislative veteran with over 30 years of experience, including work as a Senate staffer, serving as Deputy Director of the Regional Transit Board, serving as the Director of Transportation and Environmental Policy with the Minnesota Chamber of Commerce, and managing government relations for a number of private sector interests.

Sherry’s work in public safety legislation and fire safety issues has been extensive. She worked with Bill Strusinski of Capitol Hill Associates to help pass the Fire Safety Account, which provides significant, dedicated funding for the State Fire Marshal Division, firefighter training, and the State’s specialized fire/rescue response teams. In 2006 she started her own government relations firm, Capitol Access, Inc., where she has concentrated on public safety, transportation and adult education issues. She has worked to support a number of fire service legislative initiatives regarding equipment donations, resistance to the expansion of fireworks, and opposition to several “ban the sprinkler” bills at the Capitol, which, if passed, would have prohibited local governments from enacting more stringent fire sprinkler ordinances.

Sherry’s approach is to be very collaborative. She enjoys working with all parties on an issue, and never sees the opposition as “the enemy;” she knows that opponents can become allies on different issues. Rather, she works to convince opponents through education and cooperation. That approach has been very successful for the Minnesota State Fire Chiefs, the Association of Minnesota Emergency Managers, and the Minnesota Fire Agency Consortium – all clients that have held her in very high regard. She is experienced, thorough and personable, and is eager to work on Chapter initiatives at the Capitol, including high-rise retrofit legislation and legislation to dedicate inspection fees for the State Fire Marshal Division.

Sherry will be working alongside the Chapter’s current lobbyist, Ray Bohn, during the upcoming legislative session. Ray had previously announced his intention to retire this year. In addition to joining Ray Bohn in representing the NFSA Minnesota Chapter, some of Sherry’s other clients include the Association of Emergency Managers, Citizens for Safe Work Zones, and the Minnesota Public Transit Association.

Sherry has received several awards over her career. She has been named to the list of top lobbyists by Minnesota Law & Politics and has received the Women in Transportation Award. In her free time, Sherry serves on the Forward Global Women Board of Directors, a nonprofit that convenes and trains women leaders in political and civic life from Jordan, Palestine, Israel, Tunisia, Egypt, Morocco and the United States.