January Meeting of the Minnesota Chapter

Members of the Minnesota Chapter of the NFSA met on January 8th and represented a wonderful cross- section of the sprinkler industry in the state. Attendees included representatives from four contractors, the Minneapolis Fire Chief, staff from the State Fire Marshal Division, the area sales directors for Lubrizol and Viking Supply Net, the Mounds View City Administrator, the new lobbyist for the Chapter, and Minnesota-based NFSA staff. The broad-based perspectives of the group provided robust discussion on a variety of important topics. 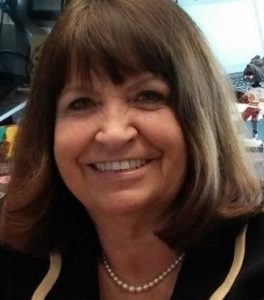 Chapter President Sean Flaherty introduced our new lobbyist, Sherry Munyon, the President of Capitol Access. Our current lobbyist, Ray Bohn, has announced his intention to retire in the near future, and Sherry was hired to begin to take over legislative relations while working with Ray during the upcoming legislative session. Sherry has been working at the capitol on legislative issues since 1982 and has worked extensively on sprinkler related issues for the Minnesota Fire Service in the past. She will be a most welcomed addition to our Chapter’s voice at the Capitol. 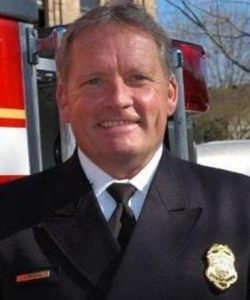 Minneapolis Fire Chief John Fruetel briefed the Chapter members on the arduous conditions faced by fire crews in the Cedar High Apartment high-rise and the Drake Hotel fires. Crews faced extreme heat in the hallways of the high-rise building, as the wind-driven fire filled the circular hallway on the 14th floor, killing 5 people. Chief Fruetel told the group, “If it was sprinklered, there would have been a different outcome – a much different outcome.” Accounting for people at the Drake Hotel proved challenging, and firefighters had to rescue people from inside smokey hallways and from ladders raised to the upper floors of the building. That fire spread from the second to the third floors – and eventually to the attic – where it spread to all parts of the building. It is amazing that no one lost their life in the Drake Hotel fire. Many of the hotel’s occupants were homeless people sheltering in the building. Chief Fruetel commented on the lack of sprinklers in the building with this summary: “We must learn to protect the most vulnerable.”

Jon Nisja, from the State Fire Marshal Division, presented a report on sprinkler contractor training and licensing, the status of sprinkler permits, fire statistics, and sprinkler saves. Jon’s statistics show that in Minnesota in 2019, fire sprinklers saved 99.7% of the property involved in sprinkler-protected properties! What an outstanding statement regarding the work done by our chapter members!

NFSA staff provided updates on state and national legislative initiatives, the Fire Team NFSA high-rise retrofit summit being planned for February 11 and 12 at the Minneapolis Fire Museum, and efforts to expand Chapter attendance through the use of remote videoconferencing.

Finally, Chapter members continued their discussion of 3rd party reporting and the Compliance Engine process. Jurisdictions adopting that system of code enforcement ultimately force contractors to share private information, increase costs, and add to administrative workload. Most contractors in Minnesota’s Chapter are not in favor of the 3rd party reporting mandates.

Minnesota’s next Chapter meeting is currently scheduled for March 4 in Mounds View. CLICK HERE for a listing of current Chapter members, meeting times and locations, and other important information.