For over 100 years, statistics have proven that the fire problem in the United States can be described in one word: residential. The overwhelming majority of our fire injuries and fatalities occur in single-family dwellings. Those with the expertise in fire protection readily agree that sprinklers should be installed in all new single-family dwellings.

Smoke alarms are an effective fire protection tool in homes. NFPA reports that, from the period of 2012 to 2016, the death rate for homes equipped with working smoke alarms is strikingly less.1

It is interesting to note, however, the number of times occupants of a home were alerted to a real fire.2 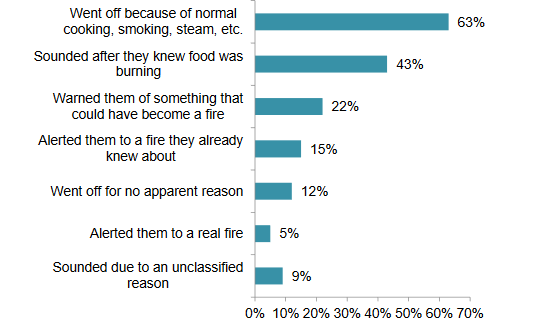 This issue is of great concern, as continued sounding of an alarm when there is not a problem leads to complacency, not only on the part of the occupants of the building, but of the fire department that responds to multiple alarms where their services are not needed.

That said, these are not responses to false alarms. We need to reclassify such activations. At least at this point, smoke alarms cannot distinguish smoke produced from a hostile fire from smoke produced from a culinary mishap. The alarm may not be false, but neither does it need fire department action.

Many cities cite for false alarms, providing for fines when the fire department terms it “false.” For example, Pennsylvania has a three strikes law; fines may not be imposed on a property by the city or town until three fire department responses are documented when fire department services are not needed. This isn’t fair. In 63% of the cases where smoke alarms activated, the activations were caused by something the smoke alarm “saw,” whether it be smoke from cooking or steam from the shower. Such responses should be termed “nuisance” alarms, but not false and should not result in fines.

By far, the best way to save lives is the installation of automatic sprinklers. From 2010 to 2014, the civilian death rate in buildings equipped with sprinklers was amazingly less.3

Sprinklers operated and were effective in 88% of the fires where they were present. In 79% of the cases, only one sprinkler activated and in 97%, five or fewer activated. They are not perfect however, but it is human intervention that prevents sprinklers from reaching their full potential. 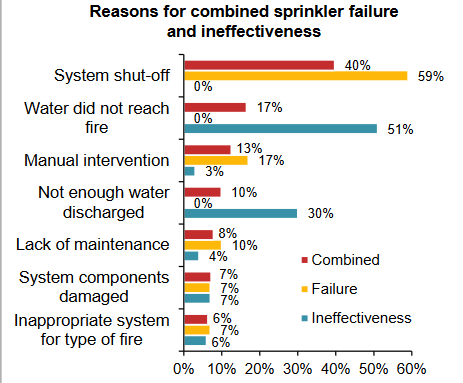 In occupancies where people sleep, smoke alarms are imperative. They (hopefully) wake the occupants to warn them it’s time to leave. The International Residential Code requires smoke alarms:

In addition, the Residential Code also requires sprinklers in all new houses and has done so since the 2009 edition of the Code.

NFPA 13D requires local waterflow alarms on sprinkler systems if the home is not equipped with smoke alarms. For new homes, this point is moot. It is recognized that the belt and suspenders approach, both sprinklers AND smoke alarms, is needed for proper protection of lives in residential properties.