Washington, DC, Dec. 18, 2019 (GLOBE NEWSWIRE) — On November 27th, an early morning fire in a Minneapolis high-rise building claimed the lives of five people, with several other reports of injuries, including a firefighter. Minneapolis officials have stated that the building, a property of the Housing Authority, did not have fire sprinklers on the residential floors. This fatal fire joins a host of fatal high-rise fires, from the Marco Polo fire in Honolulu to the Trump Tower Fire in New York City. According to the National Fire Protection Association, approximately 40 people die and over 500 are injured annually in high-rise fires.

The National Fire Sprinkler Association issued a press release on November 27th about this fire, and today we are applauding both Minnesota Senators for taking action. Today, Senator Smith and Senator Klobuchar filed the Public Fire Safety Act of 2019. In the one pager, their staff explained with the following:

Automatic fire sprinkler systems are widely recognized as an essential element of fire safety. Properly installed sprinklers respond to fires before the heat, flames, and smoke spread throughout the building. Therefore, the rate of death as a result of home fires is 81 percent lower in homes with sprinklers. The Federal Fire Safety Act of 1992 required the installation of sprinklers in all new government-owned high rise buildings. However, there are thousands of public housing apartment buildings around the country built before that date. According to data from the Department of Housing and Urban Development (HUD), for example, nearly all of the high-rise public housing buildings in Minneapolis, Minnesota were built before the mandatory sprinkler system laws look effect.

One of these properties, Cedar High Apartments, suffered a tragic and fatal fire in November 2019. The upper floors of the building, where the fire erupted, did not have sprinkler systems installed. Public housing authorities that wish to retrofit older buildings like Cedar High Apartments with sprinkler systems must use their already limited capital funds to do so. While many public housing authorities have recognized the importance of these upgrades, the federal government must take a larger role in supporting fire safety improvements.

Specifically, the bill would: 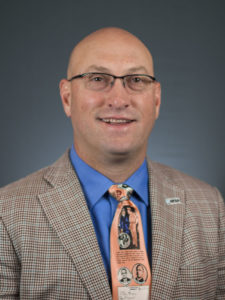 “I am thankful for the proactive leadership of Senator Smith and Senator Klobuchar for introducing the Public Housing Fire Safety Act. As a former Fire Chief and State Fire Marshal, I know there is no reason we should have residents in public housing dying in fires like we just saw tragically in Minnesota. There is no reason that our nation’s fire responders need to risk their lives responding to multi-family housing units that, if built today, would almost certainly be required to have fire sprinklers. There is a simple solution – we need to retrofit these public housing units with fire sprinklers. This bill will create a grant program to help public housing agencies install fire sprinklers. This is a straightforward idea that we need to act on immediately.”

About the National Fire Sprinkler Association (NFSA): NFSA was founded in 1905 and wants to create a more fire safe world, and works to heighten the awareness of the importance of fire sprinkler systems from homes to high-rise and all occupancies in between. The Association is an inclusive organization made up of dedicated and committed members of a progressive life-saving industry. This industry manufactures, designs, supplies, installs, inspects, and services the world’s most effective system in saving lives and property from uncontrolled structural fires.

For more information about fire sprinklers, how they work and access to additional resources and information, visit www.nfsa.org for the latest material, statistics and a dedicated team of fire safety advocates ready to serve all stakeholders in order to fulfill the vision of a safer world.