On Saturday, September 14, the Spring Lake Park-Blaine-Mounds View Fire Department (SBM FD) celebrated their 75th anniversary with a communitywide event at the National Sports Center in Blaine. The Minnesota Chapter of NFSA provided two side by side sprinkler demonstrations for the general public and the local elected officials and fire department members present. It was the first time the Minnesota Chapter’s side by side trailer has been used twice in one day. 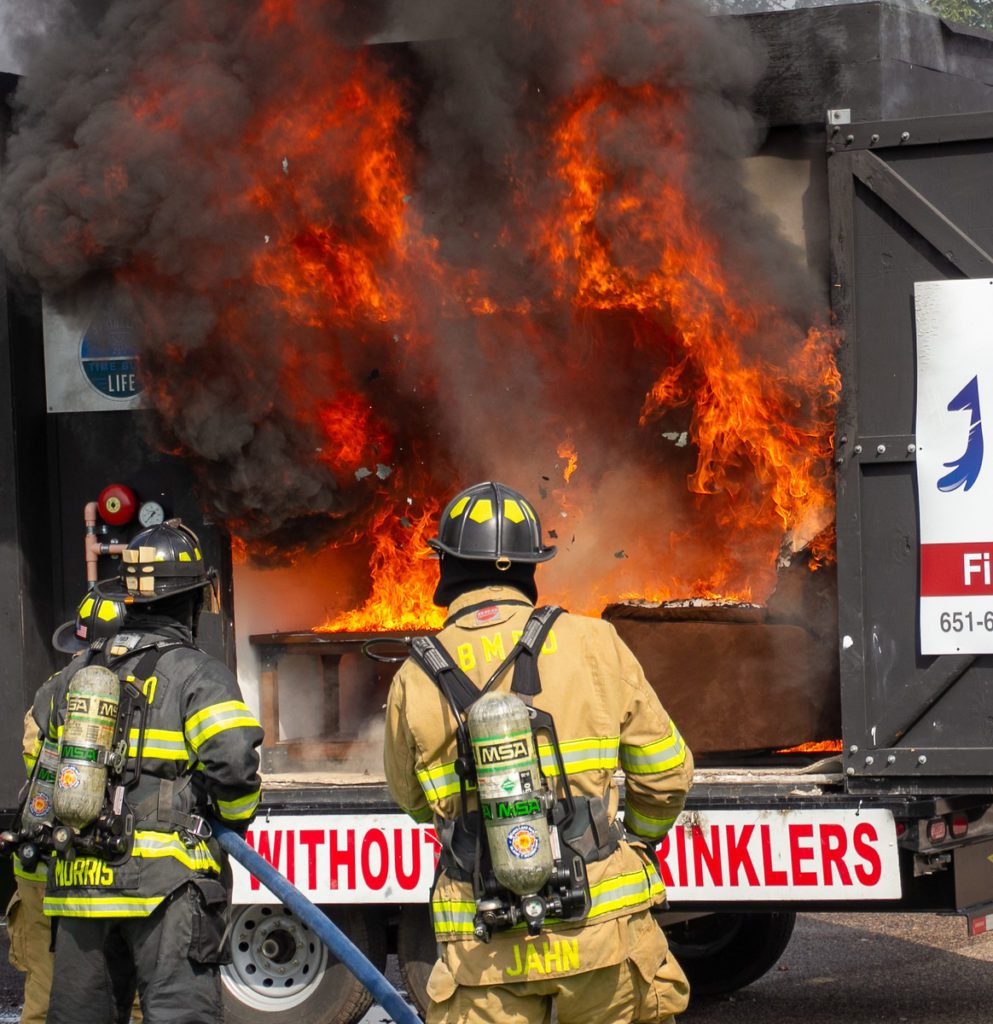 The second demonstration was held at 5:00 p.m. The 6-hour interval between burns provided a wonderful opportunity to discuss the NFSA and its missions and answer fire sprinkler and fire prevention questions from citizens, fire officials, and the many children lured to the trailer by some stuffed animal props.

The crew from SBM FD Station 2 overhauled the trailer between burns, hanging new drywall, installing carpeting, and loading furniture for the second demonstration. They were wonderful partners and worked tirelessly to make the dual-event possible; there was no way we could have done two demonstrations in a single day without them! They also took time to speak with the crowd, present local fire prevention messages, and participate in other live-demonstrations throughout the afternoon. These included car fires, high angle rescues, and auto extrications. 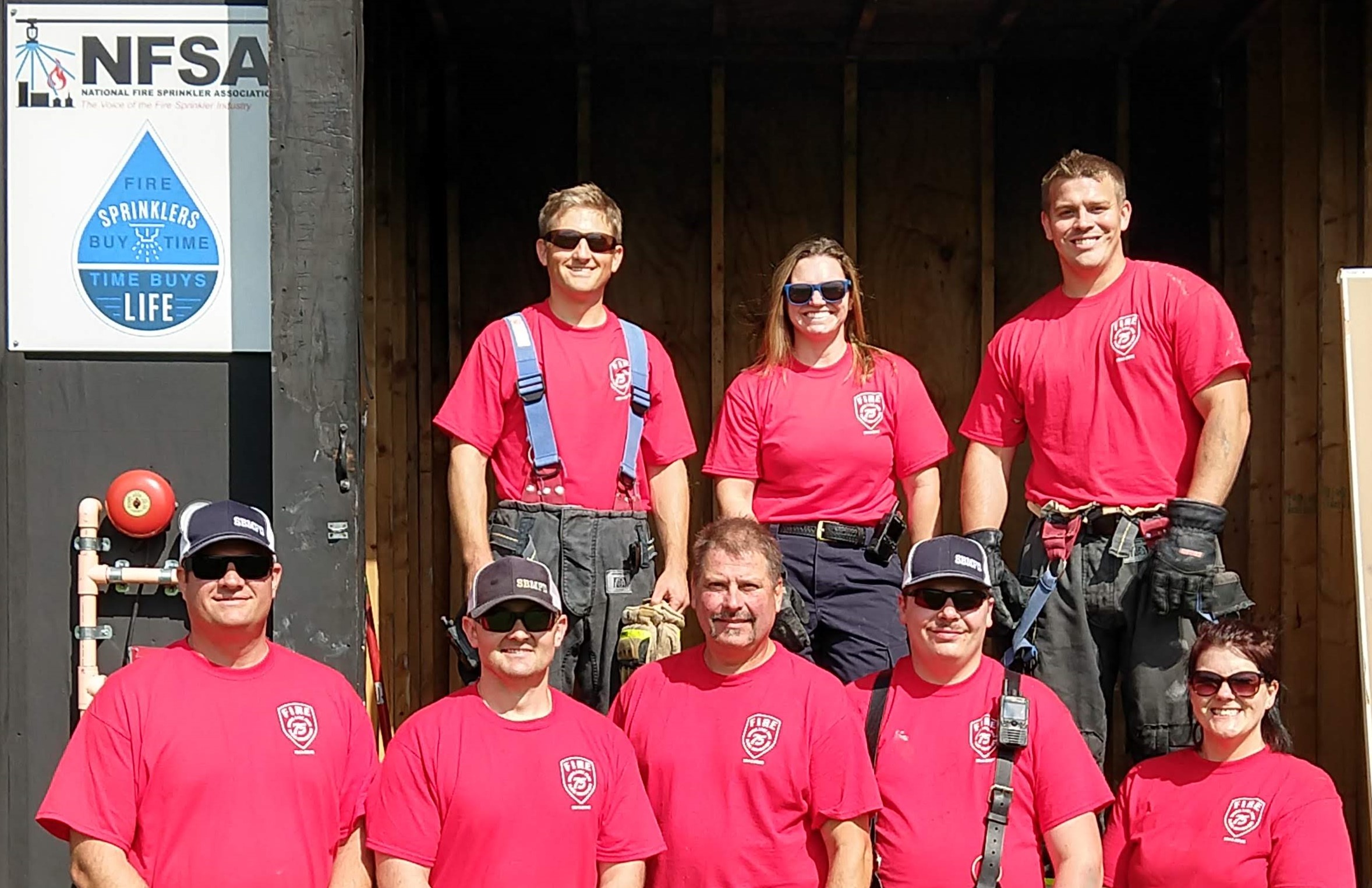 On the second demonstration burn, the smoke alarms again sounded about 15 seconds into the burn, and the sprinkler activated at 35 seconds again. Flashover occurred right around three minutes into the burn. The crowd numbered just over 100 people, and NFSA staff answered a number of questions about sprinkler use, cost, and retrofit opportunities.

Local public safety photographer, Mike Yungers, was on hand to capture many images of the day, and some of his pictures are assembled in an album here.

SBM Fire’s anniversary celebration was a wonderful opportunity to showcase NFSA missions, the Minnesota Chapter’s side by side demonstration trailer, and the effectiveness of residential fire sprinklers. Many families saw firsthand the prompt activation of both smoke alarms and sprinklers, and they had the opportunity to see the dramatic and destructive results of an uncontrolled fire. It was a most memorable event, and NFSA was proud to be part of the celebration of this progressive and professional fire department’s 75th anniversary! 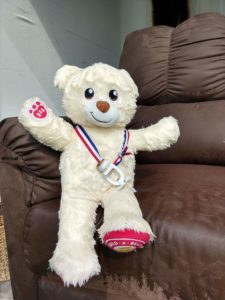 “I survived a home fire….thanks to the life-saving effectiveness of a residential fire sprinkler system!!”