A Tale of Two Fires

Back in 2017, I was asked to review the circumstances surrounding a fatal fire in Harrisburg, Pennsylvania. The fire, on Lexington Street, resulted in three deaths … two occupants (ages 2 and 10) and one firefighter who died enroute to the fire. The fire resulted as a malfunction of a hoverboard, which was plugged-in and charging.
In August of 2019, I received a phone call from a friend who is the Fire Marshal in Warrington Township, Pennsylvania, telling me of a residential sprinkler success in his community. It occurred on Kulp Road East in the Chalfont section of the township. He said it was started by a hoverboard that malfunctioned; to say the least, I was intrigued.
The homeowners were more than willing to share their experience. I visited their home in Warrington Township about six days after the fire. The parallels were striking; the outcomes even more impressive. 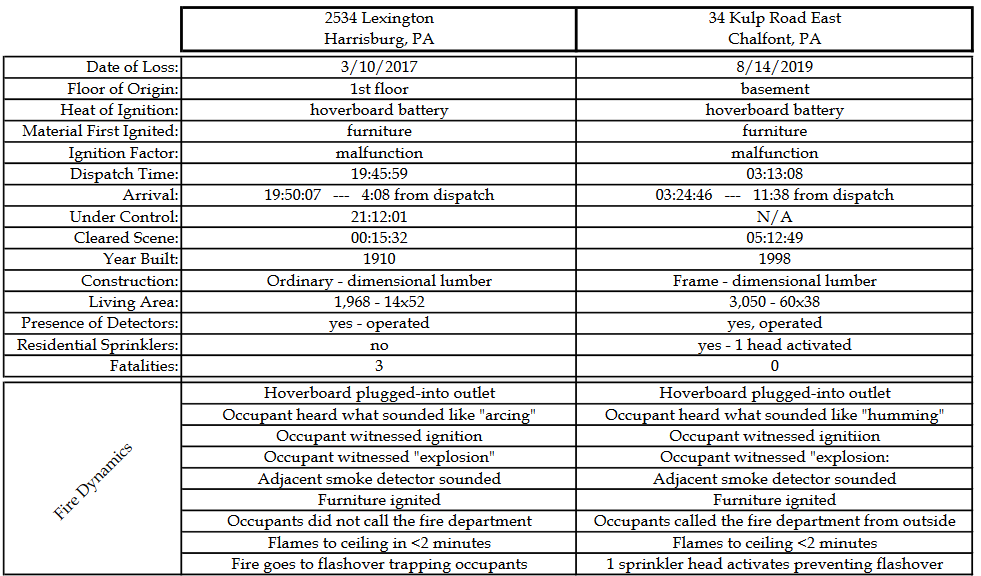 Our various objectors have stated that “fires don’t occur in newer houses; these two fires absolutely dispel this theory; these were practically identical fires and it had nothing to do with the age of the buildings. I will be writing an article for our magazine to provide more detail … stay tuned.