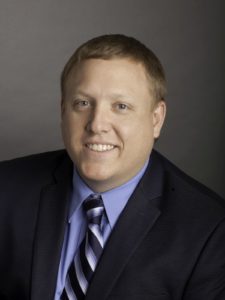 Hoffer has 12 years experience working with the fire sprinkler industry and fire service. He joined NIFSAB and NFSA more than two years ago as Field Operations Local Coordinator where he has worked with fire departments and municipalities utilizing NIFSAB and NFSA resources to support their public awareness and advocacy efforts, including live fire sprinkler demonstrations, as well as their code and legislative activities.

Prior to joining NIFSAB, Hoffer was account executive at PPA Communications, a marketing communications firm that specializes in developing and implementing information and education campaigns for safety advocacy groups and trade associations. During that time, Hoffer worked closely with NIFSAB, Illinois Fire Safety Alliance, Home Fire Sprinkler Coalition (NFSA is a founding member), NFPA and other organizations.

“As board members, we’ve worked with Erik for a number of years and we are confident he will do a good job in this leadership position,” said Matt Treutelaar, Chair of the NIFSAB board and president, Great Lakes Plumbing and Heating Company. “He understands the industry and the issues. He has built strong relationships and works well with members of the fire service, contractors and other stakeholders that utilize NIFSAB’s resources.”

“Erik has been a valued teammate at NFSA for the past two years and in the industry for more than a decade,” said NFSA President Shane Ray. “He has a great opportunity to build on the legacy Tom Lia has spent 20 years building.”

Hoffer said he is excited about his new role and is ready to move forward. “NIFSAB has a great legacy of providing fire sprinkler education and resources to its fire and building official partners and their communities. I am proud to be part of that tradition.”