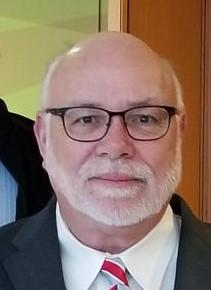 Don Krause, who serves as Columbia-Willamette’s NFSA Chapter Vice-Chair, will be retiring on Sept. 30 after 39 years with Viking Automatic Fire Sprinkler Co.

After beginning his career as a surveyor, Don joined Viking’s Portland Oregon office as a designer in 1980. He quickly transitioned into estimating and project management. He rose to position of Vice President in 2002.

Don holds a NICET Level III for Water-Based Systems Layout, as well as certifications for Special Hazards. Don has been a part of at least 1,500 to 2,000 sizeable projects in his career.

“The most impressive thing about Don is that everyone knows him,” said Grant Laine, Project Manager at Viking. “He is a fixture in the fire protection world in our area. Everyone at some point has worked with Don.”

Don has been instrumental in promoting the fire sprinkler industry, particularly efforts to ensure opportunities for educating both fire sprinkler company personnel and AHJs. He served as an officer for the Society for Fire Protection Engineers Cascade Chapter for approximately 25 years.

When NFSA reached out to Portland area contractors to form the Columbia-Willamette NFSA Chapter, Don lent his organizational skills to ensuring the chapter was inclusive and featured informational speakers at the meetings. He also took a leadership role in addressing industry hot button issues.

As Oregon struggled to deal with an explosion of small craft distilleries but no formal fire protection guidance, Don assembled a summit to bring together all affected parties. Contractors and AHJs met with distillers to learn about the facilities, distilling process and storage requirements, resulting in better fire protection well ahead of the national code bodies. 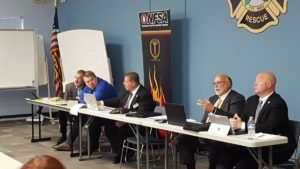 In June 2017, Don Krause was instrumental in pulling together a panel of experts on aircraft fire protection to provide resources to Oregon officials as they grappled with changes to the code. Also taking part in the panel was Tim Carmen of Janus Fire Systems, Mark Fessenden of Tyco/Johnson Controls , Mark Hopkins of NFSA, Don, and Gary Honold of NFPA.

Don took a leadership role in voicing concerns over relaxed fire protection rules that Oregon was considering for aircraft hangars, again pulling together experts to share information and rallying for involvement in hearings and technical meetings.

Don also has been instrumental in the Columbia-Willamette NFSA Chapter’s long-term push for fire sprinkler contractor licensing in Oregon. His experience and longevity in the industry lent substantial credibility when meeting with other stakeholders and legislators. 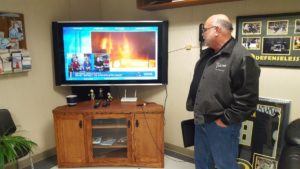 Following a fire which devastated a Portland business, Don Krause was invited to explain the importance of fire sprinklers on a Portland TV news show. Don is shown lending a critical eye to his TV appearance, which briefly earned him the nickname of Fire Sprinkler Spokesmodel.

“Don’s commitment in striving for fire sprinkler contractor licensing and ensuring best practices in our industry will be continued in our tradition and part of his legacy! Don is truly one of a kind, a pioneer, and his knowledge and wisdom will be missed in our local chapter.”