The Minnesota Chapter of the NFSA participated in the National Home Fire Sprinkler Week activities by holding its first side-by-side burn demonstration of 2019. Originally scheduled for the State Fire Marshals Conference in April, the burn was canceled at that time due to severe weather in the area. Rescheduled to May 23 to coincide with National Home Fire Sprinkler Week and the NFSA Design Advantage Seminar being held in Minneapolis, the Chapter’s first live fire demonstration of the year was an eye-opening experience for the roughly 40 people attending.

Although I served as a firefighter, fire officer, and fire chief for more than 27 years, I am still amazed when watching these side-by-side demonstrations! To see how fast the fire grows is simply awe inspiring and extremely frightening. I am also continually saddened when I see the destruction left behind on the “un-sprinklered” side of the trailer, because I am reminded of the many times I witnessed firsthand the devastation wrought by fires in homes, apartments, and businesses. In far too many cases, families lost precious heirlooms, documents, pictures, pets, and – far too often – even their own family members. Seeing the destruction in these live-fire demonstrations is awful, but only a small token of the real tragedy left behind in actual fire situations.

Smoke alarms sounded in both sides of the demonstration trailer about 15 seconds after fire ignition. The sprinkler activated 35 seconds after ignition when ceiling temperatures reached 155 degrees on the sprinklered side of the trailer. The un-sprinklered side was ignited and allowed to burn to flashover conditions, which were reached after just 3 ½ minutes after ignition!

NFSA is working hard to demonstrate the value of fire sprinklers, and the side-by-side demonstration trailer is a very graphic way of showing the value of getting “fastest water” on a fire! 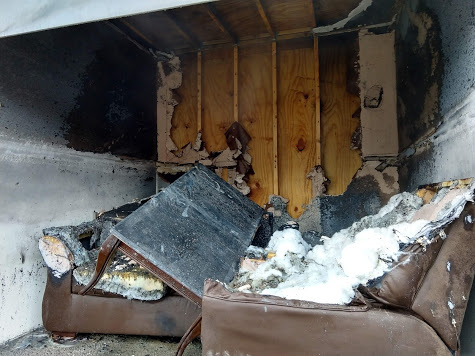 The un-sprinklered living room after the fire. If a real home were involved, there would be total destruction in the living room, with heat and smoke damage throughout the rest of the home. 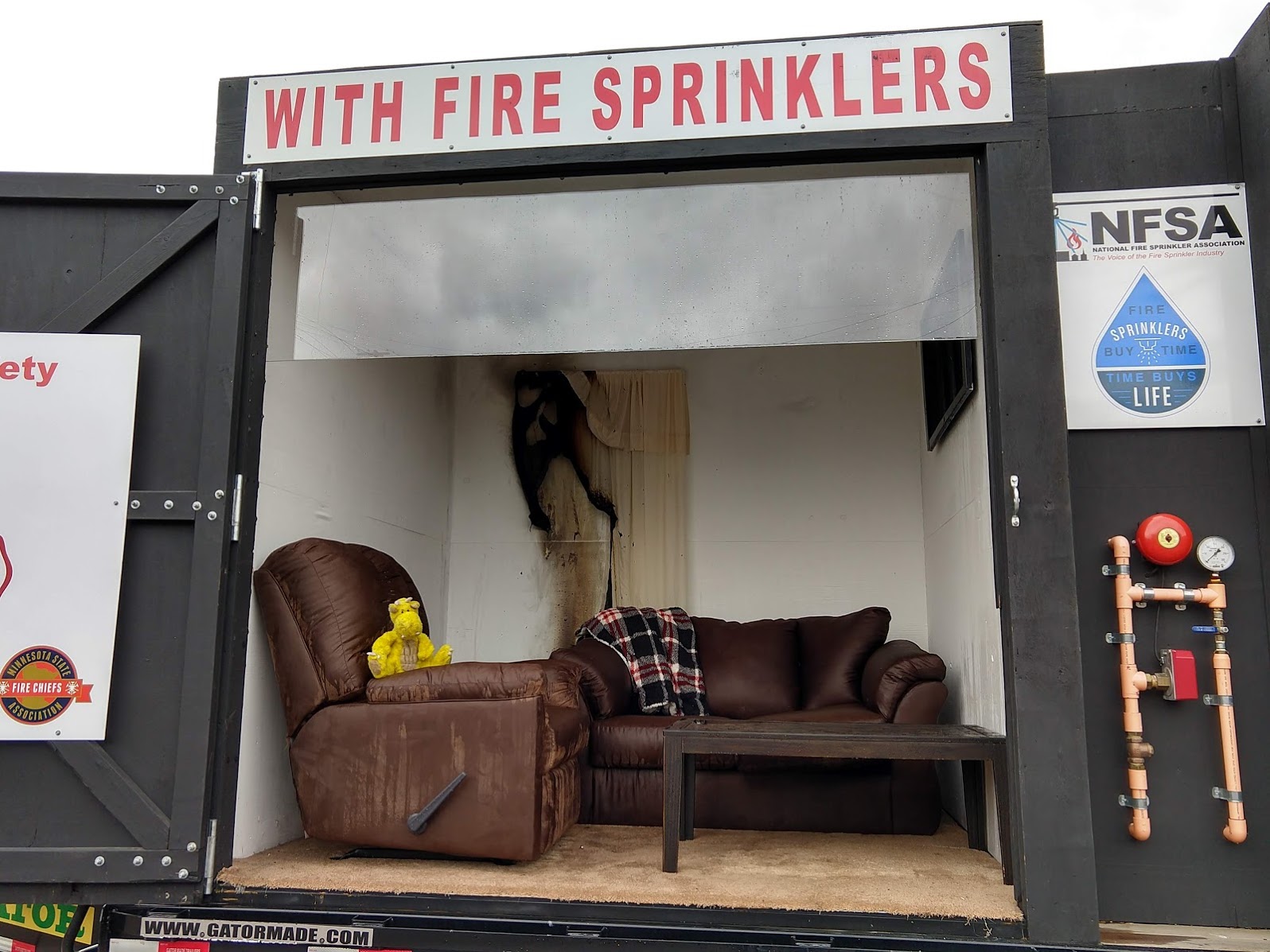 The sprinklered living room after the fire. Only the curtains are partially burned, and the room would be habitable again within a few hours.