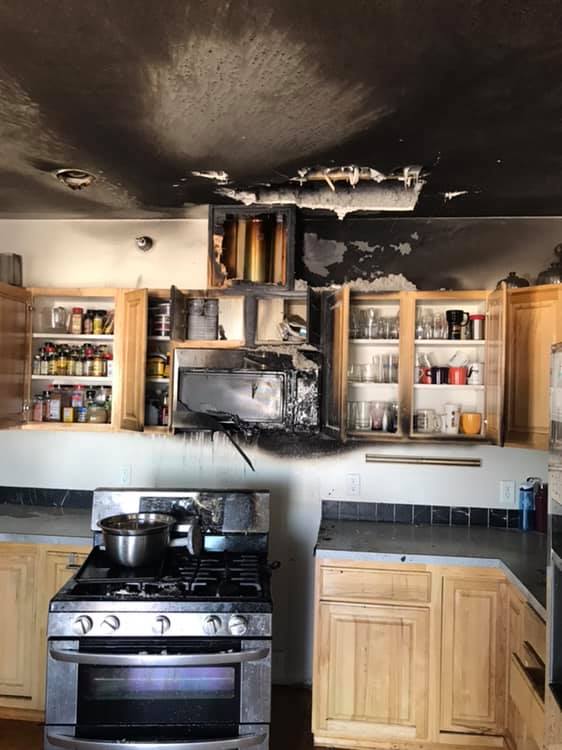 Thanks go to Chief Brian Crandell, who was the Fire Chief at the time the sprinkler requirement was put in place for the home where the fir occurred (and the others in that subdivision), for sending us this sprinkler save!

Leaders in fire service of America from years ago are still making a difference. This is a fire sprinkler save that came as a result of a fire sprinkler system being installed as part of the Operation Life Safety program. They system, while over 20+ years old, still performed to specifications.

The following is from a post on the Hyalite Fire Department’s Facebook page. The Department is located in Bozeman, Montana.

Hyalite Fire, along with automatic aid from Bozeman Fire Dept, Central Valley Fire District, Fort Ellis Fire/Rescue, Gallatin Gateway Fire Department and AMR ambulance were dispatched to a working residential structure fire in the Hyalite Fire District. The home had a sprinkler system which activated and knocked the fire down.

Upon arrival fire units found light smoke coming from the home. Occupants had evacuated but a dog was unaccounted for. Fire crews were able to quickly gain fire control as the home’s sprinkler system had most of the fire out. Firefighters were able to locate the family dog inside the home and reunited the dog with the family. The dog was not injured.

Today’s fire is an amazing example of the benefit of a home sprinkler system. Damage to the home was mostly contained to the kitchen where the fire started besides some smoke damage. The occupants were able to safely exit the home while the sprinkler system kept the fire contained.