Residential fire fatalities continue to claim thousands of lives annually, and yet, we continue to see most jurisdictions “opting out” of the minimum National Model Code mandate for residential fire sprinklers. The State of Maryland originally left the residential sprinkler mandates to local jurisdictions until 2012. When it became abundantly clear that in communities that had adopted the mandate locally, we saw a significant decline in fatalities in new homes equipped with life safety fire sprinkler systems. 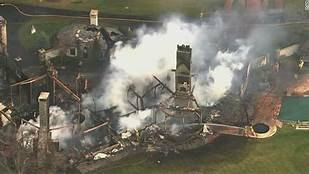 In 2012, the State of Maryland adopted the residential fire sprinkler mandate statewide and is one of only two states, along with the District of Columbia, to adopt that minimum mandate. However, Maryland continues to suffer devastating fires in homes without fire sprinkler systems which were built prior to the state mandate.

Despite these tragic losses, Maryland continues to see annual legislative attempts aimed at challenging this basic life safety requirement. All the while, fire fatalities continue in homes without fire protection systems.

In striking contrast, Prince George’s County, Maryland, which had locally required residential fire sprinklers county wide since the late ‘80s, has not seen a single residential fire fatality in an area protected by fire sprinklers since the mandate. This statistic is not only remarkable, but often overlooked, as this type of success is rarely reported on the nightly news.

In December 2018, we lost another five children, all under six years old, in an Ohio house fire not protected by a residential fire sprinkler system. We must start to acknowledge the fact that the national model codes are a minimum standard and start looking at the successes we are having in areas that have adopted those minimum mandated requirements.