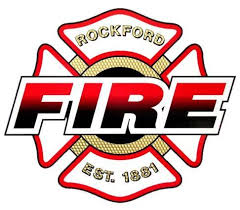 Thank you to Kevin Clancy of the Rockford, Illinois Fire Department for sending us this sprinkler save.

The fire sprinkler system contained a grease fire inside a Rockford apartment building.

The Rockford Fire Department responded to an alarm around 3:40 p.m. on March 12. Investigators say the tenant was cooking when her pan caught on fire and spread flames toward the bottom of a kitchen cabinet. She attempted to put out the fire, but burned herself while moving the pan. She, then, ran outside with her two children.

The building’s sprinkler system contained the fire. Crews extinguished a small fire that was still burning on the cabinet. more

A perfect example of one of our favorite taglines: #fastestwater + firefighters = unbeatable team!