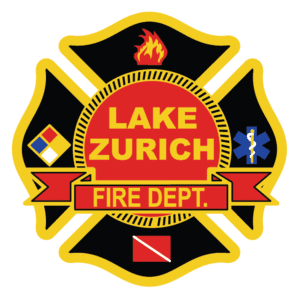 Thank you to Bob Kleinheinz, Fire Prevention Specialist with the Lake Zurich Fire Department for sending us this save! “We had a save last night,” he said. “I was first in, fire was completely out.”
That’s #fastestwater!

The Lake Zurich Fire Department responded to a report of a structure fire on March 6th. The first fire department units arrived on the scene within four minutes and received reports of a fire in the upper-level bedroom of a 3-story townhome. The first engine company advanced a hose line into the home to extinguish the fire and found a single sprinkler from the installed automatic fire sprinkler system extinguished the fire. Fire crews then conducted salvage, overhaul operations, and began a preliminary cause and origin investigation. The cause of the fire is still under investigation. There was a preliminary damage estimate of $25,000 with an estimated $350,000 in property and contents saved. One occupant was transported to a local hospital in stable condition with burns. There were no reports of firefighter injuries.