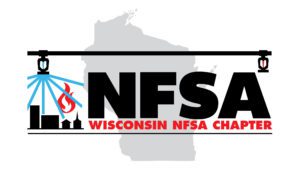 The Madison Fire Department responded to an alarm activation at Chamberlin Hall on the UW-Madison campus. There were a number of people on scene at the time, and a few indicated to firefighters they could smell something like smoke as they were evacuating the building.

Firefighters investigated the problem and found water on an upper-level floor and the smell of smoke the sound of an activated fire sprinkler could be heard through a locked door.

Crews entered the room in question where they found evidence that a fire had taken place almost directly underneath a fire sprinkler. The fire was already extinguished by the sprinkler, and there was no smoke in the room. The room was unoccupied at the time of the fire, and the cause is under investigation.

Thanks to a fire sprinkler catching and extinguishing this fire early, damage was contained to its point of origin and did not spread to other rooms. No injuries were reported.