Home / Sprinkler Saves All Over Texas This Week

Sprinkler Saves All Over Texas This Week 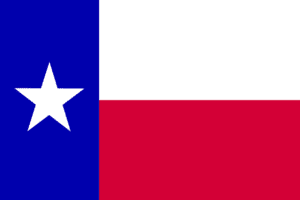 Thank you to Tim Dedear of the Farmers Branch Fire Department for sending in this save!

A sprinkler save occurred on Feb 19th at Truck Toys, an auto repair shop. Fire occurred at 7:37 pm. Firefighters were dispatched for an automatic fire alarm at the location. Upon arrival, they entered the facility, which was closed for the day, and observed light smoke. The Captain upgraded to a structure fire while they investigated. The crew heard the sound of a sprinkler activation. Upon further investigation, they observed a burned tool cart adjacent to a brand new F250 Ford Truck on a lift. One sprinkler activated above the tool cart. The sprinkler system was shut off and an Investigator was requested. Investigator examined the 2’x 3′ burned tool cart with a variety of tools and a damaged curb guard on the F250 Ford Truck. No electricity was supplied to the cart. The only source of ignition was energized lithium batteries for tools. The cause of the fire was accidental. Total content loss was estimated at $800. No structural damage.

Thank you to Rachel Moreno and the Harris County Fire Marshal’s Office for reporting this sprinkler save!

On February 26th, Harris County fire investigators responded to assist the Spring Fire Department with an apartment fire. HCFMO determined a fire was intentionally set in a common hallway of the apartment building. One sprinkler activated, extinguishing the fire. No residents were displaced!

This one doubles as one from the Headlines We Love File:
Fire sprinklers Shut Down Flames at Montessori School in McKinney

Thanks go to the McKinney Fire Department for reporting this save!

The McKinney Fire Department received a report of a structure fire at approximately 10 p.m., on Friday, Feb. 22 at Wonderland Montessori. A person passing by the building called 9-1-1 after hearing the alarm and seeing the flashing strobe lights. When firefighters got inside, they found that two fire sprinklers kept the flames from spreading. There was minor damage to a cabinet area.

“This is exactly how fire sprinklers are supposed to work,” said McKinney Fire Marshal Mike Smith. “In this incident, the building was empty and the fire would have gotten much further if the sprinklers hadn’t kicked in.”