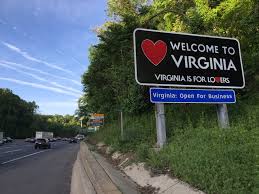 Loudoun, Virginia Fire Officials are crediting the fire sprinkler system with limiting damage from a fire on an enclosed balcony in an 11-story apartment building.

The fire, which occurred on Saturday, February 23rd, began in a third-floor unit of the building. Fire and rescue personnel completed the extinguishment of the fire and assisted with removing smoke from the structure and safeguarding the occupants. No injuries were reported.

“If the sprinkler heads had not been in place and operated as designed, this fire could have been significantly more severe,” stated System Chief Keith Johnson. “This incident is a prime example of the positive impact of a fire protection alarm and automatic sprinkler system. A small fire triggered the monitored fire alarm system and firefighters were dispatched immediately and the fire was quickly contained by the automatic sprinkler system. The sprinkler activation kept the fire under control until firefighters could get on scene and damages to the building were directly minimized.” Read more.