Automatic External Defibrillators (AED) are everywhere; they can be found in schools, businesses, places of assembly, sports facilities, and in government and private buildings. They are an essential part of the “chain of survival” for someone suffering from a cardiac arrest.  Research has shown that chain to consist of three essential links:

Likewise, there are three essentials needed for the best chance of surviving a fire in a home or business:

Too often, firefighters feel a vague uneasiness about vocally supporting fire sprinklers because they think the technology will ultimately cost them their job. Really?  Does anyone believe that we’re going to need less paramedics in the future just because AEDs have become so prevalent?  Firefighters can be confident that not only are their jobs secure when sprinklers are in use, but sprinklers make fire conditions safer for responders and turn potential victim recovery efforts into viable victim rescues. 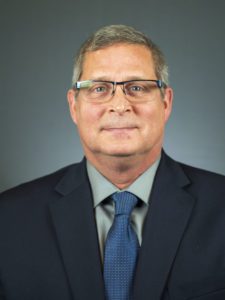 Tim joined NFSA on January 1, 2019 after completing a 30 year career in the fire service. During his 10 year service as the Fire Chief for the City of Saint Paul, Minnesota he was an outspoken advocate for firefighter safety, fire prevention efforts, and fire sprinkler use. As NFSA’s North Central Regional Manager, he will provide additional support to NFSA staff in Minnesota, Wisconsin, and Iowa. Tim lives in Maplewood, MN with Sue, his wife of 34 years.