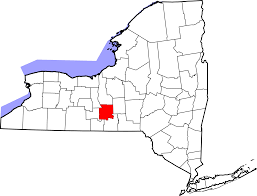 The Ithaca, New York Fire Department gave credit to the sprinkler system at a Cornell University off-campus apartment complex with containing the flames from a dryer fire on Saturday, February 16th.

Flames were sparked by a buildup of lint.
The fire burned a stacked washer-dryer unit, charring parts of the top and side of the machine. Smoke tripped the building’s alarm system, notifying the apartment residents of the fire.

After all occupants evacuated safely, firefighters worked for around 10 minutes to extinguish the fire and ventilate the smoke.

The fire department lauded the working sprinkler and alarm systems for containing the situation. Ithaca codes requires dwellings to have working fire alarms near bedrooms and operational sprinkler systems. No injuries were reported.