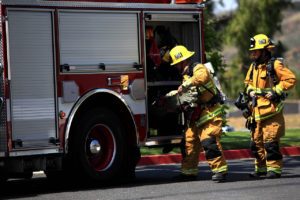 According to Brunswick Fire Chief Ken Brillant, the fire department was called to a Bowdoin College dormitory at about 5 a.m. on February 18th. Upon arrival, crews found that the building’s sprinkler system had already extinguished the fire, which started from a burning candle.

One student was burned in the incident and was taken to the hospital.
“He had a candle going and exactly what happened from there we don’t know,” Brillant said. “They haven’t spoken to him yet.”

The building’s approximately 25 residents were evacuated, and officials hoped they would be able to return to the building by the end of the day.

The state fire marshal’s office was at the scene because the fire was in an occupied dorm, at an educational facility, involved a sprinkler system and resulted in injury, according to Brillant.

“Had it not been for the sprinkler system, this could have been very different,” Brillant said.” “It saved lives, and saved the property.” Read more here.