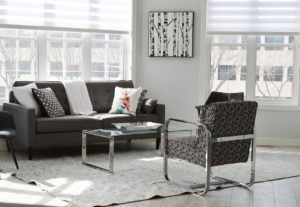 Residents of the unit were asleep at the time of the fire, but were able to make it out of their apartment safely. Firefighters say the sprinkler system put the fire out quickly. The flames were contained to the living room.

Those living in the first-floor unit said they woke up to smoke alarms and were able to get out through bedroom windows. No one was hurt. Authorities say no one else in the building had to be evacuated. The cause is still under investigation. Read more here!