Home / A-2 Retrofit Requirements in the International Fire Code 2018

A-2 Retrofit Requirements in the International Fire Code 2018 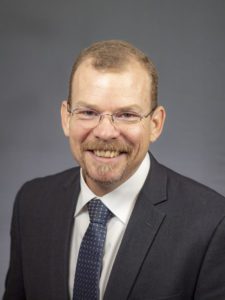 The 2018 International Fire Code (IFC) has a new retrofit requirement for fire sprinklers in A-2 occupancies (bars, nightclubs, restaurants, halls, etc. intended for food or drink consumption) that serve alcohol.

The 2018 IFC changes stem from the 2003 Station Nightclub fire that claimed 100 lives and injured over 187, that prompted previous changes in building and fire codes to lower their fire sprinkler threshold trigger to 100 occupants for new A-2 occupancies starting in the 2006 International Building Code (IBC) and IFC. Existing A-2 occupancies can operate as status quo, unsprinklered, with no requirements in the IFC to trigger sprinklers until the 2018 edition.

The NIST investigation of the Station Nightclub fire determined that pyrotechnics used by the band ignited foam ceiling tiles and wall insulation surrounding the performance platform—flames were visible from the roof in less than five minutes. The club did not have fire sprinklers, and thick crowds prevented egress out of the building.

The Station Nightclub fire (in addition to NFSA “Sprinkler Saves” stories) was cited during public hearing committees during the development of the 2018 IFC. 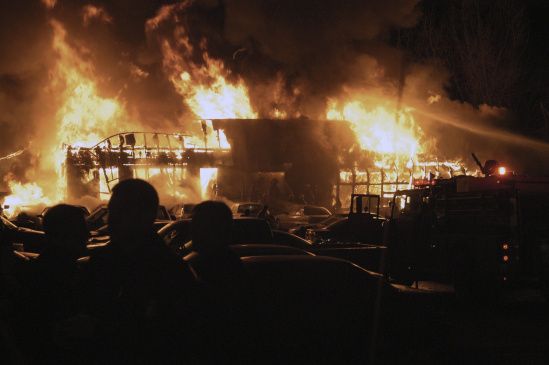 The Station Nightclub fire resulted in more than $176 million in settlements, with legislators questioning the culpability of the local fire inspector who failed to cite fire hazards, such as foam ceiling tiles. Source: ALM Media

A winding path to new codes

The changes to 2018 IFC were long coming. They would have been in the 2015 IFC, but a late evening code hearing in Atlantic City in 2013 shifted the balance of code officials in favor of retrofitting fire sprinklers to increase the life safety of assembly-use patrons.

Where NFPA took immediate action, through the TIA process in 2003, to upgrade the 2003 NFPA 1, 101, and 5000 to require sprinklers where the occupant load exceeded 100, the ICC membership struggled for several cycles. They were attempting to find a balance of life safety and political safety when requiring fire sprinklers retroactively in their jurisdictions. Depending on the area of the country, where NFPA or ICC codes were adopted, sprinklers in A-2 occupancies were immediate or still wait until this day.

The 2018 IFC puts the fire sprinkler retrofit in Chapter 11, where all retrofit and other minimum fire and life-safety increases are required for existing buildings. Specifically, Section 1103.5.1 states:

Interpreting the 2018 IFC retrofit code for A-2 occupancies

Note that the IFC text is not a blanket retrofit requirement. Owners and fire sprinkler contractors and layout technicians may save both time and money with a clear understanding of the new requirements. Several triggers need to be satisfied to get a fire sprinkler system installed. The text mentions that a fire area with 300 occupants or more where alcohol is consumed requires sprinklers.

What does this really mean?

Can sprinklers be eliminated with this 2018 IFC code text?

The answer is, “yes.” The requirement applies only to fire areas where alcohol is consumed. If a neighborhood bar has a basement used only for storage or a second-floor existing apartment and the alcohol consumption area is less than 300 occupants per fire area, sprinklers would not be required. However, all fire areas (2-hr walls, floors, and ceilings) could be eliminated with sprinklers throughout the structure. The cost-benefit of each scenario would need to be weighed.

Most restaurants, bars, nightclubs, and banquet halls are wide-open spaces that allow for better ambiance, increased occupants, and aesthetic experience. Thus, it would be difficult to start maneuvering the occupant loads and floor spaces to accommodate small compartments in a bid to avoid sprinklers. Using fire areas may only be beneficial to small assembly buildings, such as a neighborhood bar. To leave it as an open space and eliminate adding new fire-rated walls and floor/ceiling assemblies, install the sprinkler system.

There are numerous fire code benefits of sprinklers that allow for increased occupant loading, exiting, and elimination or reduction of existing passive fire protection measures, such as door closers and rated doors. A full fire sprinkler system provides life safety, lower insurance premiums, and a shorter business interruption when a fire occurs. With the latest tax reform changes, business owners can now fully expense the cost of retrofitting the fire sprinkler system.

Many areas of the country—along the east coast, Nashville, Portland, and many more—have retrofitted fire sprinkler systems in their existing assembly buildings. Many lives have been saved since sprinklers were installed, as documented almost daily on www.sprinklersaves.com. It is important to keep these requirements in the 2018 IFC adoptions that occur locally across the country. Please contact the NFSA if you know of any jurisdiction that opts out or is considering opting out of adopting the 2018 IFC.

Ever have a question about interpreting fire codes? NFSA members can reach out via our website or by calling 443-863-4464 for answers and support from our code and engineering experts. Not an NFSA member yet? Join today!