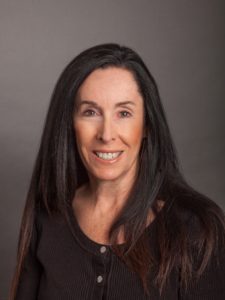 The FSCATX – Fire Sprinkler Contractors Association of Texas met for its Annual Board Meeting on December 1, 2018 in San Antonio Texas.  Board of Directors and Officers met at the Casa Rio Restaurant.

Carol began working as Secretary to the Texas Fire Sprinkler Contractors Association starting in 1985. Carol will continue to represent the FSCATX at the City of Houston – CIC (Construction Industry Council.) Carol graduated with an Architecture Design Drafting degree in 1976. She worked her first fire protection job in Kalamazoo Michigan B.L. Haroun & Sons.  Next, Carol pursued a Mechanical Design Degree followed by Continental Sprinkler, Grinnell, Texas Sprinkler, ACT, Cherokee Piping and Safe Home.  Carol has been working for the past 11 years with Urban Fire Protection owned by Gary Turner.

Steve Rians, Vice President of Sales for American Fire Protection Group shared the following memory of Carol: “Carol was my rock while serving as the President of TFSCA for over a decade. My favorite memory and one that is emblematic of who Carol McCain is centers around the birth of my youngest son Nick who will turn 21 years old in March. Nick was premature and in trouble, fighting for his life. We spent the first 30 plus days at the Herman Memorial Children’s Hospital in Houston, Texas. Carol, Roger Baily, and Dwight Bateman among others, were relentless supporters of me and my family during this difficult time. I will always be grateful to Carol for her friendship and the love she has shared over the past 36 years. I wish her much love and happiness in her retirement.” 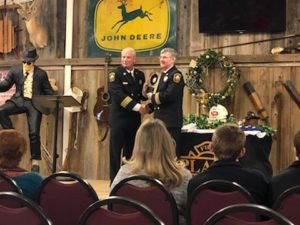 Deputy Chief/Fire Marshal David Kerr was honored for 35 years of service to the City of Plano.  The reception was held at the Haggard Party Barn on Tuesday, November 27, 2018. Chief Kerr retires with over 38 years of experience covering municipal & industrial fire protection and adjunct faculty member at the National Fire Academy, Collin College and Texas A&M (TEEX’s).  He is a technical committee member of NFPA’s National Fire Alarm Code serving over 30 years. David is a graduate from Oklahoma State, and received his master’s from Texas A&M University.  David serves on the International Fire Marshals Association board of directors and serves on the Executive Fire Officers board of directors under the IAFC. He serves as an advisor to the United States Fire Administrations, prevention programs, and as chair of the Regional Code Correlating Committee for the North Texas Council of Governments.  David served 6 years as Mayor Pro Temp for the City of Allen, Texas and has severed on the school board for Van Alstyne, ISD in Texas for the past 15 years.

Chief David Kerr can be reached at kerr.davidj@yahoo.com