An Introduction to Corrosion in Sprinkler Systems: Its Identification and Mitigation 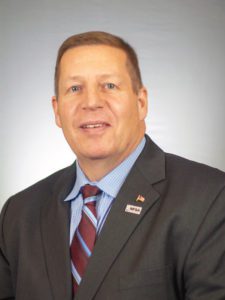 Corrosion does not happen as fast at all—at least, not when compared to fire. When we think of corrosion happening quickly, we are typically talking about a loss of material over months or years. For example, corrosion rates are commonly measured in terms of material loss in mils per year, while fire growth rates are measured as a function of mass loss per second.

Nevertheless—while fire can be devastating from a life-loss perspective and corrosion is not typically thought of in that regard—both fire and corrosion are known to have significant cost impacts. And where fire presents an immediate and visible danger, corrosion works slowly and often unseen—disabling pipes and fittings in fire protection systems.

Most people in the sprinkler industry have learned about corrosion the hard way—not having any formal education in corrosion science but more likely than not dealing with it out of necessity. Others know a tremendous amount about corrosion but very little about sprinkler systems. When the two knowledge bases coincide, good things can happen.

New and innovative solutions are developed to slow corrosion and extend the life of components, others are created to minimize the effects of leaks, and more. Applying science to solve problems is the essence of engineering and also a catalyst for many entrepreneurs.

Types of corrosion and a move away from just MIC

Corrosion in the fire protection industry is often misunderstood—especially knowing and recognizing different types of it. Many professionals use the term “microbiologically influenced corrosion (MIC)” interchangeably with “corrosion.” But as the collective industry learns more about corrosion, there has been clarification that most of the issues are not initiated or even exacerbated by bacteria, as is the case with MIC. It is reassuring to see the paradigm shift in the sprinkler industry from “MIC” to “corrosion.”

Corrosion can be very simple. We can all visualize rust formed on a car or some other metallic object. However, it can also be very complicated and initiated in ways that we sometimes do not envision or anticipate.

There are multiple types of corrosion. We generally accept nine forms, which include the eight defined by Fontana and Green in the book Corrosion Engineering. The list was expanded by observations of corrosion induced/initiated/influenced by bio-fouling, bacteria and fungi, e.g., MIC.

These forms of corrosion are identified in section D.2.6 of NFPA 25, Standard for the Inspection, Testing, and Maintenance of Water-Based Fire Protection Systems (2017 edition). Each is associated with different mechanisms, which are often interrelated and interchanged with the other types.

Because corrosion is an oxidation-reduction reaction, most forms of it require oxygen. Like fire, it has been proposed that we think of corrosion in the context of a corrosion triangle that includes metal, oxygen, and an electrolyte. And like fire suppression, corrosion-mitigation techniques target breaking one or more of these legs of the triangle. 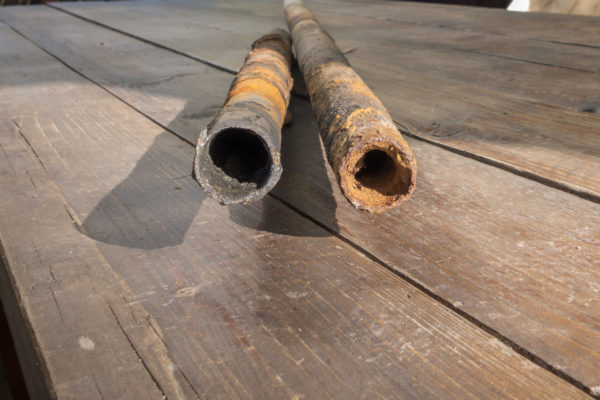 Corrosion rates can be affected by temperature and pressure. With a higher temperature comes an increase in energy and associated chemical reactions, resulting in accelerated corrosion rates. Conversely, in refrigerated applications and areas with near freezing or sub-freezing temperatures, there will be a reduction in the rate due to lower energy levels and reduced chemical reactions. The pace of corrosion is also increased by higher pressure due to increased internal stresses within the components of the system.

Removing (or adapting and handling) metal

Many components of sprinkler and other fire protection systems are metallic. The use of chlorinated polyvinyl chloride (CPVC) or cross-linked polyethylene (PEX) thermoplastic pipe is one way metal is removed from the triangle. But there is one thing to consider: although corrosion is commonly thought to be limited to metals, it is not. Corrosion can affect any material, to some degree.

Metallic pipe, and primarily steel, is of greatest concern with regard to corrosion in the fire sprinkler industry. Some changes in the ways steel pipe is being manufactured and used are starting to change the traditional understanding of corrosion in this material. For example, shipping by sea adds the influence of salty air and saltwater to the picture. Differences in manufacturing processes and alloy compositions have also had an impact. Protection of steel through coating, galvanizing, and treatment has been used to improve performance. Despite the corrosion challenges, under most conditions, steel is still an excellent and economically viable option that provides a reasonable life expectancy.

Removal of oxygen is another way to control corrosion. This is the essence of the nitrogen technology that has begun to make traction in the fire protection industry. Replacing oxygen with the abundant and noble gas nitrogen—which is generally benign to metallic components—is a way of eliminating or controlling corrosion to a negligible level. The use of nitrogen generation systems and wet pipe inerting systems can, in many cases, provide an economically viable solution that will enhance system life expectancy.

The front-end capital investment cost of the equipment should be weighed against life-cycle cost impacts to recognize the true benefits. Other, less-costly solutions, such as using industrial air dryers, have been identified as possible alternatives. However, desiccant dryers have been reported as being ineffective, which could be related to the ongoing maintenance needed to dry or replace the desiccant material. Venting of wet pipe systems is another application of removing air or oxygen.

Removal of the electrolyte would be the third option. This is not practical in many cases, requiring the use of dry pipe or preaction systems. Taking away the water from within the pipes would eliminate or cease corrosion if done completely and properly. However, many current practices that allow water to be trapped in these systems continue to be a cause for corrosion problems in dry pipe and preaction sprinkler systems.

Of course, changing to another agent is also an option, which is inherently done when using clean agent systems, CO2 systems, and other forms of fire suppressants. These solutions only make sense when utilized under appropriate applications. And they should not necessarily be considered a replacement for sprinklers, but rather a supplement—especially when code trade-offs are taken. Water is still the most effective and economical agent for fire protection, and the inherent corrosion issues regarding its use can be dealt with through good practice.

Additional articles stemming from the ideas initiated here will be included in future editions of the National Fire Sprinkler Magazine. NFSA is also considering a sprinkler corrosion mitigation forum and will be looking at developing tools to help contractors minimize corrosion in sprinkler systems

If you are an NFSA member and have questions about corrosion or mitigation techniques, reach out via our website or call 443-863-4464 for answers and support from our experts. Not an NFSA member yet? Join today!